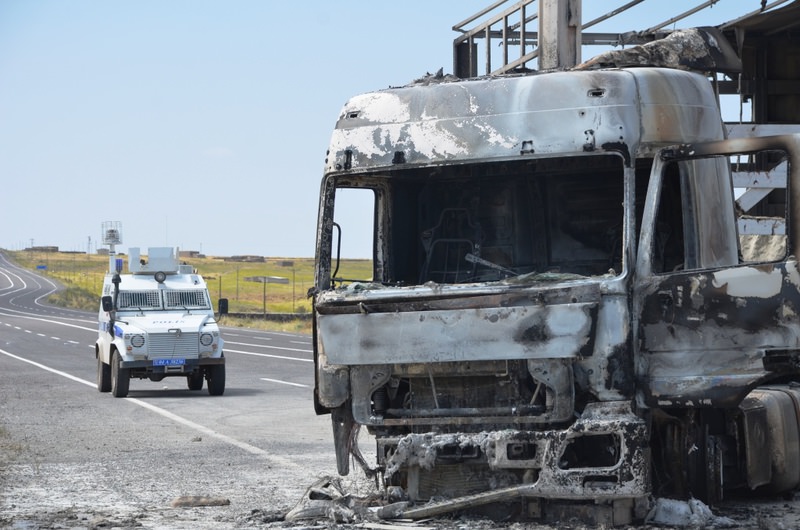 |DHA Photo
by Anadolu Agency Jul 18, 2015 12:00 am
Suspected members of the outlawed terrorist group, PKK, have allegedly set fire to a trailer truck in Turkey's eastern province of Iğdır on Friday, according to security officials.

The individuals reportedly intercepted a trailer truck en route to the Doğubeyazıt highway on Friday evening and set fire to it. They reportedly clashed with security forces who were patrolling in the vicinity.

The fire was put out and an investigation has been launched, said security forces.

The Turkish government launched an initiative in early 2013, commonly known as the "reconciliation process", to end the decades-old conflict with the PKK, which has claimed the lives of more than 40,000 people for over 40 years.

PKK is listed as a terrorist organization by Turkey, the U.S. and the European Union.
Last Update: Jul 18, 2015 7:57 pm
RELATED TOPICS