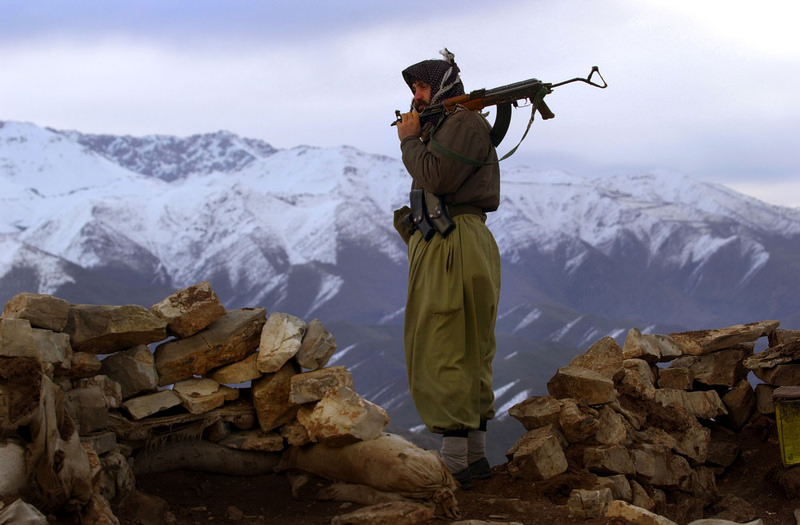 by Jul 26, 2015 12:00 am
The White House strongly condemned the PKK's recent terrorist attacks and called on the organization to renounce terrorism and re-engage in peace talks with Turkey in a statement released Saturday night.

The statement was issued following Turkish airstrikes against PKK strongholds in northern Iraq last night, the first attack in the last two-and-a half years of such magnitude. Turkey also launched attacks for the second day against the Islamic State of Iraq and al-Sham (ISIS).

National Security Council Assistant Press Secretary Allstair Baskey told Daily Sabah that the U.S. still designates the PKK as a terrorist organization and respects its NATO ally's right to self-defense. He said: "We urge de-escalation by both sides and encourage everyone to remain committed to the peaceful reconciliation process to bring about a just and sustainable peace for all Turkish citizens. Violence does not contribute to long-term security and development that benefits all of Turkey's citizens."

In the operation conducted by the Turkish Air Force, five PKK camps in Zap, Basyan, Gare, Avashin and Metina in northern Iraq were targeted. PKK training facilities, shelters and anti-aircraft batteries were kept in the five camps. The PKK headquarters located in the Qandil Mountains in northern Iraq were also reportedly hit in the attacks.

Another high ranking U.S. official commented on Turkey's military operation against the PKK, writing on Twitter that there was no connection between the airstrikes and the recent understanding to intensify U.S.-Turkish cooperation against ISIS.

Deputy Assistant Secretary of State for Near Eastern Affairs Brett McGurk said: "We look forward to intensifying cooperation with Turkey and all of our partners in the global fight against ISIS."

Turkey announced on Friday that it had granted clearance for the deployment of manned and unmanned aircraft from the U.S. and other coalition members participating in air operations against ISIS to military bases in Turkey following a phone call between U.S. President Barack Obama and President Tayyip Erdoğan, which reportedly sealed the deal.

The PKK was formed in 1978 and has been fighting the Turkish government for an independent state until the early 2000's. The group then shifted its goal to autonomy in predominately Kurdish inhabited regions of Turkey. The group is designated as a terrorist organization by the U.S. EU and Turkey.