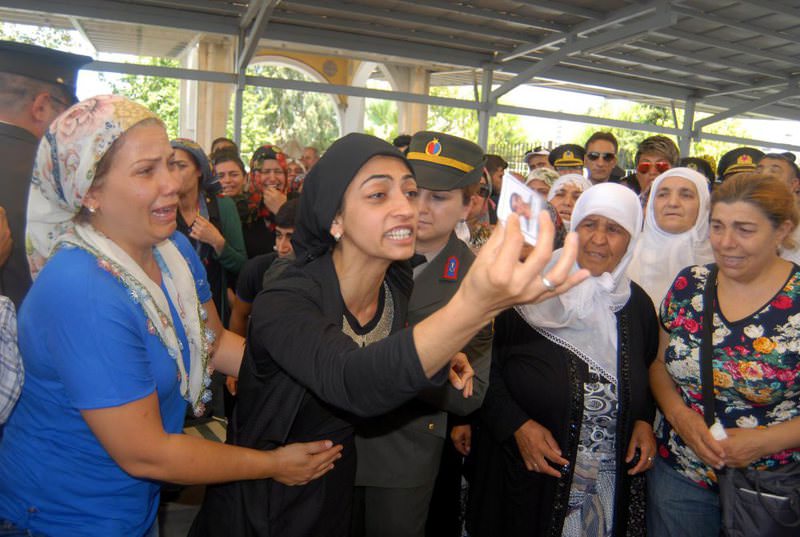 As the PKK terrorist organization continues to spread terror, locals in predominantly Kurdish regions having to put up with relentless attacks targeting the lives and well-being of people have expressed their concerns about the threat posed by the PKK to their "bread and butter." A group of terrorists from the youth branch of the PKK terrorist organization, the Patriotic Revolutionist Youth Movement (YDG-H), late on Thursday raided a wedding, threatening to "shed blood" unless the crowd called off the celebration. The guests, rattled by the death threats, left the wedding immediately.

After the wedding was called off, police launched a large-scale investigation to capture the masked and armed terrorists who fled the area following the attack.As the government aims to develop the region by way of infrastructure investment, the PKK targets dams under construction. The dam projects employ thousands of people. The sub-industry in agriculture advances and the migration problem is hindered to a certain extent.

The PKK, however, is the biggest hurdle to the development of the region. Concerned about the attacks, Mustafa Tarhan from the Silvan district of Diyarbakır province spoke to the state-run Anadolu Agency, pointing to the benefits of the infrastructure investment.

"This area was a desert before. Nobody had even heard of it. Following the building of this dam, productivity has increased, the district has advanced and the economy has come to life. With the completion of Silvan Dam, which is often targeted and attacked by the terrorists, unemployment will decrease and the district will develop," he said.

The latest additions to the terrorist organization's attacks since the end of the cease-fire announced on July 11 by the PKK itself were clashes in Van province and the Silopi district of Şırnak province.

The terrorist clash on Friday in the Silopi district of Şırnak province led to the death of three PKK terrorists. After an operation conducted by police in an attempt to close ditches dug by the terrorist organization, the group opened fire on the security forces with rocket launchers, which turned into a clash that lasted four hours. An officer was seriously injured when a police armored vehicle was hit by a rocket.

Another terrorist incident on Friday took place in Van province. The terrorists set two vehicles on fire and attacked an Iranian bus, after which soldiers came to the scene and had an armed conflict with the terrorists. According to initial reports, one soldier was killed.

While the PKK conducts continuous attacks harming the region and locals as well as dragging the country into unease, the recently formed Peace Academy issued on Tuesday a statement, calling on the terrorist organization to lay down arms. The statement was co-signed by intellectuals, academics, journalists and artists.
RELATED TOPICS