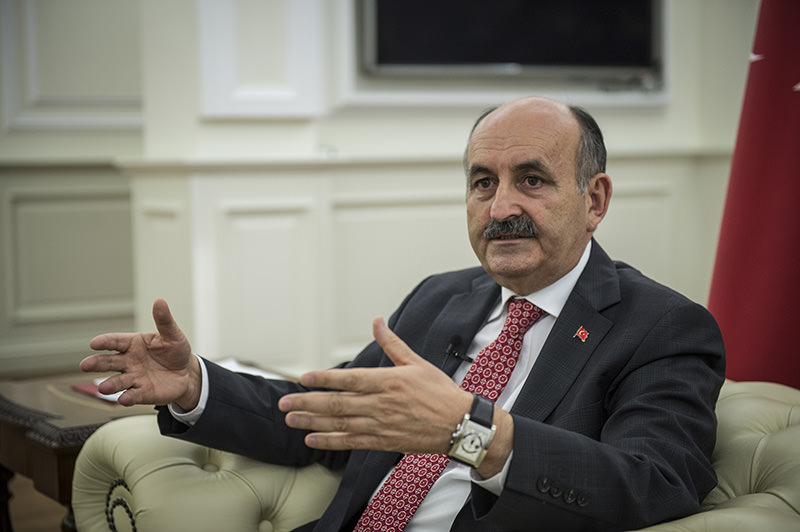 | AA Photo
by Anadolu Agency Sep 10, 2015 12:00 am
Turkey's health minister has spoken of the security issues facing medical staff as the PKK's renewed terrorist attacks rage in the country's east and southeast.

Mehmet Müezzinoğlu told Anadolu Agency health workers were being prevented from performing their duties and PKK terrorists threatened them to stop treating soldiers and police.

"Healthcare staff feel threatened while treating injured soldiers and policemen," he said, adding the PKK warned the staff against treating members of the security forces.

"We have no problem in terms of medical equipment but we have a security problem," Müezzinoğlu said in an interview Wednesday. "When we eliminate the security problem, there will be no disruption in healthcare."

Turkey has seen a surge in terrorist attacks since the PKK resumed its armed campaign at the end of July. In that period, around 100 members of the security forces have been killed in attacks focused on Turkey's southeastern provinces.

Müezzinoğlu said medics were dedicated to treating anyone in need of attention. "I am saying this as a minister -- that our duty is to treat and bring to justice a terrorist, even one who martyred our soldier an hour ago."

He added: "Therefore, we must provide services to no matter who but staff need to feel themselves safe and secure."