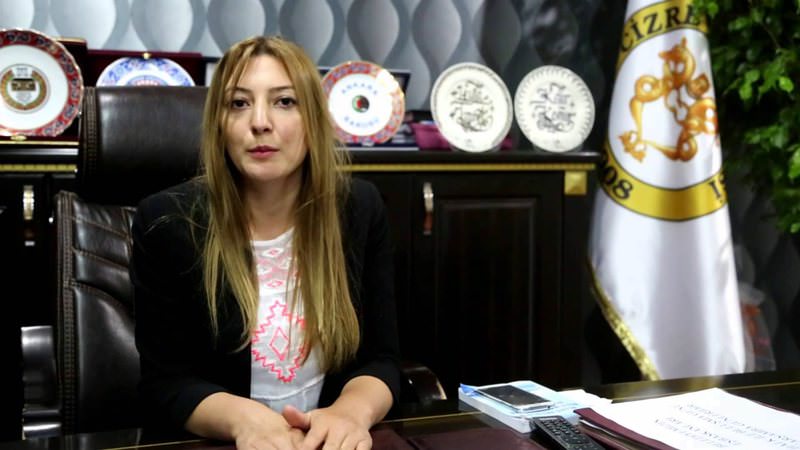 by daily sabah
Sep 11, 2015 12:00 am
Cizre Mayor Leyla İmret from the pro-Kurdish HDP was dismissed from her post by the Turkish Interior Ministry on Friday over promoting terrorism and inciting people to an armed uprising against the Turkish state as the violence by the PKK terrorists ramped up in the town.

The Interior Ministry dismissed Imret after Cizre Public Prosecutor's Office launched an investigation against İmret on Friday. The mayor is accused of "promoting a terrorist organization", " inciting the population to enmity or hatred," and "inciting people to an armed uprising against the Turkish Republic,".

Imret, known for her close ties to the terrorist PKK organization, recently made some controversial remarks on ViceNews, in which she said "if there's war, it will start from Cizre. And we can say that we have a civil war in Turkey,".

Turkish security forces are conducting an anti-terror operation around the town of Cizre town to counter PKK attacks. More than 20 civilians have been killed by the PKK terrorists since the fresh attacks by the group have started.

The PKK - designated a terrorist organization by Turkey, the U.S. and EU - renewed its terrorist campaign against the Turkish state in the aftermath of the July 20 suicide bombing in Suruç district that killed 33 people.
Last Update: Sep 11, 2015 10:38 pm