CHP leader harms fight against PKK with remarks on disarmament 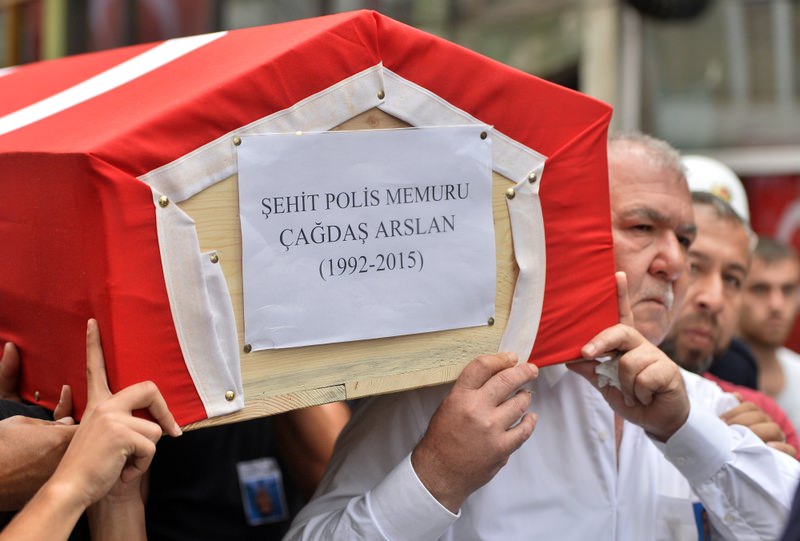 CHP Chairman Kemal Kılıçdaroğlu reasoned the PKK's refusal to drop arms was because of its fight against ISIS, the same argument used by senior figures of the terrorist organization

Republican People's Party (CHP) Chairman Kemal Kılıçdaroğlu said Wednesday evening that it is impossible for the PKK to give up its arms because it can draw back its members to the Qandil Mountains, where the terrorist organization's headquarters are located.

"Even if the PKK withdraws [its members] to Qandil, it will not drop arms. They are clashing with the Islamic State of Iraq and al-Sham (ISIS)," he said, adding that the U.S. also supports them.

Regarding Kılıçdaroğlu's remarks, Markar Esayan, an Armenian-Turkish columnist and deputy for Istanbul from the Justice and Development Party (AK Party), said the PKK's senior figures also made similar statements. "I guess Kılıçdaroğlu has no idea about the PKK's activities in Turkey. He must have forgotten that the PKK is the enemy of the Turkish state and people and has killed 110 security officials since July 22. This is already an argument that the PKK has given as well in order to legitimize itself," he said, adding that an opposition party is expected to analyze violent PKK attacks and activities, rather showing empathy with it.

Previously the party's Çanakkale deputy Muharrem Erkek had made controversial remarks on Sept. 2 regarding the PKK's Syrian-wing Democratic Union Party (PYD), saying "If we are true brothers and sisters with Syrian people, then having the PYD on our border is not a problem. As the CHP, we see no harm in having the PYD as our neighbor."

Since the beginning of the clashes with Turkish security officials in July, the PKK have killed civilians, including Mürsel Gül from Istanbul and Ethem Türkmen from Adana, under the pretext of their being "ISIS supporters." Again, Halil Özdemir, the imam in Örencik village in the southeastern province of Mardin, left the village in June after being subjected to death threats because he did not cast his vote for the Peoples' Democratic Party (HDP) in the June 7 elections and due to pro-PKK HDP supporters' slandering him, claiming that he is affiliated with ISIS.

The Free Cause Party (HÜDA-PAR), a Kurdish-based conservative political party, has also been targeted by the PKK, especially during the Oct. 6 Kobani protests in 2014, with the accusation of having links with ISIS, though without presenting any concrete evidence. In the incidents, the violence left 34 people dead across Turkey – 12 of them in Diyarbakır – which were sustained in clashes between supporters of the PKK and supporters of HÜDA-PAR.

Furthermore an Amnesty International report issued on Sept. 8 stressed that the PYD-led autonomous administration in northern Syria is applying pressure by unlawfully detaining and unfairly trying peaceful critics and civilians under the pretext of fighting the ISIS.

According to the report, the PYD-led administration arbitrarily detained civilians for periods of up to a year without charge or trial and denied basic rights, including the right to defend themselves, to see evidence used against them or access to a lawyer. "The PYD-led autonomous administration cannot use their fight against terrorism as an excuse to violate the rights of individuals in areas under their control," said Lama Fakih in the report who is senior crisis advisor at Amnesty International.
RELATED TOPICS