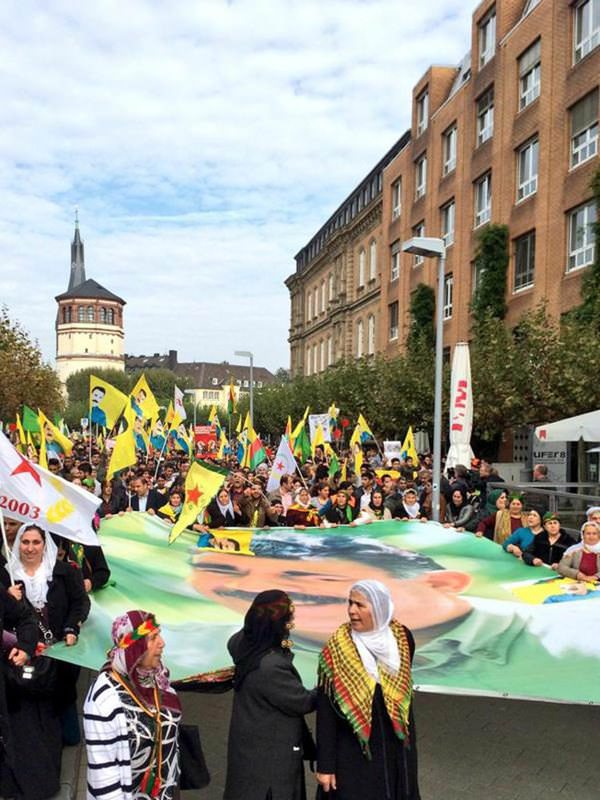 Fearing the PKK terror may spread to Germany, Berlin police prepared a report in which authorities hinted at the danger of possible PKK attacks on Turkish diplomats, consulate buildings, media groups and big enterprises in Germany until the Nov. 1 elections

In accordance with the Sept. 15 dated NATO-restricted evaluation report of the Berlin State Office of Criminal Investigations, Berlin police have given warning signs of possible PKK attacks in Germany against the Turkish embassy, consulate, local associations, banks, restaurants and tourist agencies in the wake of escalated tensions in Turkey, German media reported on Sunday.

According to German police, vehicles with Turkish diplomatic license plates in Germany are in danger of possible PKK attacks especially between now and the Nov. 1 elections to be held in Turkey. In addition, big enterprises such as airlines and banks are also at risk. Media groups and party headquarters may be occupied by PKK members as well, the report further said.

The report also pointed to explicit threats on social media by PKK supporters in Europe. "According to messages posted on social networks [Facebook]) there is a growing readiness on the side of PKK supporters in Germany to be involved in direct militant actions also in Germany to the detriment of Turkish interests and institutions as a legitimate form of protest," German police said, expressing their fear of the growing PKK threat in the country.

There have been recent attacks by PKK supporters in Germany against the Turkish consulate general with Molotov cocktails in Münster on Sept. 14 and a Turkish mosque in Bielefeld on Sept. 11. After the attack in Bielefeld, PKK supporters went on to damage a nearby building thought to be used by the Turkish nationalist organization, the Grey Wolves (officially known as "Ülkü Ocakları" in Turkish).

Speaking to Daily Sabah about the report and the PKK activity that "has been condoned" in Germany, Enes Bayraklı, a foreign affairs specialist at the Foundation for Political, Economic and Social Research (SETA) and an academic at Istanbul's Turkish-German University, spoke about the aforementioned attacks that took place in Germany. "It would be a game changer should the PKK carry out an attack against Turks in Europe. However, I don't think the PKK would do something so stupid because it would negatively affect the terrorist organization."

Underscoring the responsibility falling on the shoulders of the German police to take the necessary precautions regarding possible PKK attacks, Bayraklı said, "German police should take measures against attacks indicated in the report as Molotov cocktails, arson and occupations."

Bayraklı also criticized the German media along with certain political parties and figures in Germany that legitimize the PKK and its deadly actions, saying, "The German media has taken a provocative approach on the issue with articles and headlines implying a war between Turks and Kurds, which is completely wrong. The Turkish state doesn't fight against Kurds but the PKK. German media and some politicians in Germany also have a share in this heated conflict."

Emphasizing the alliance between Turkey and Germany, Bayraklı expressed his disappointment in Germany and said Berlin should renounce helping the PKK. "Germany should side with Turkey against terrorism. German arms that are supplied to the PKK and training terrorists is unkind and hostile."

When asked about the more than 300 unreturned PKK terrorists who have been arrested in Germany, Bayraklı said, "It is a longstanding situation. It is an unfriendly approach against Turkey. There is a new Turkey where the arrested are not tortured but tried fairly. Therefore this is also not a reason for not returning these terrorists. As an ally, Germany should act accordingly."
RELATED TOPICS