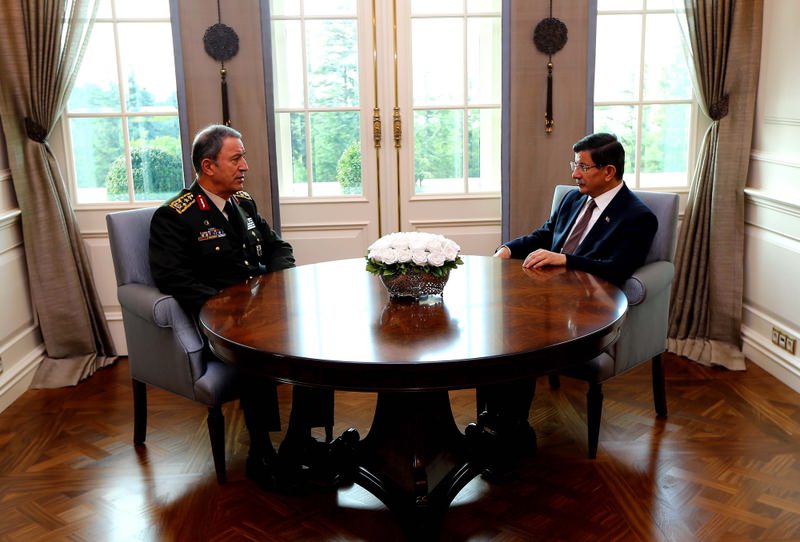 PM Davutoğlu stressed operations against PKK targets both in Turkey and northern Iraq have been the most effective in the last 30 years and Ankara is determined to wipe out PKK terror, as indicated on the first day of operations. He also slammed HDP deputies running to the help of terrorists in the Cudi Mountains and making separatist statements

Prime Minister Ahmet Davutoğlu asserted in a televised interview on Monday that the Turkish Armed Forces (TSK) operations launched since July 23 proved to be the most effective in the last 30 years, claiming there have been no civilian casualties as a result of the utmost precision.

In the wake of the end of the cease-fire, which the PKK unilaterally declared on July 11, and the killing of two police officers in Şanlıurfa province on July 22, Davutoğlu said he was determined to start operations. Davutoğlu explained how he gave the order, saying: "We will cleanse all places around cities [of terrorists]. I gave the order on July 23. 'The day has come. Their intentions are not well. Their only objective is to drag Turkey into a war between brothers. Are all preparations set?' I asked."

Since the day that he referenced in the interview, the TSK has launched numerous operations on PKK targets both in Turkey and in northern Iraq, leaving 1,294 terrorists dead. The PKK has targeted dams, bridges and infrastructure in this period. According to reports, the PKK has also set 270 vehicles on fire.

Counterterrorism police teams have also conducted operations and raided many addresses linked to the PKK and its youth branch, the Patriotic Revolutionist Youth Movement (YDG-H), detaining 2,624 suspects. Of the 2,624 detained, 742 have been arrested.

Davutoğlu strictly dismissed allegations of security forces killing civilians, saying: "There has been extraordinary meticulousness to prevent any civilian casualties. Photos from Palestine were shared [on social media]. These are all lies and fish stories. Our instruction is clear: Interfere in terrorists firmly, look out for your own security and protect civilians."

With respect to criticism of the government for imposing curfews hindering daily life, Davutoğlu clarified curfew decisions, saying: "Curfews do not mean restricting civilians. Operations are carried out spot-on while everyone is home."

Davutoğlu went on to slam former EU Minister Ali Haydar Konca, who resigned a day after the interview, for his allegedly separatist remarks, saying: "The HDP deputy says 'If we [HDP] stay below the electoral threshold, Turkey will be separated.' No, nobody can divide Turkey. No, it is not what the reconciliation process is about. We are breaking these circles one by one and will continue to do so."
Last Update: Sep 23, 2015 2:01 am
RELATED TOPICS