Thousands in predominantly Kurdish regions apply to be village guards 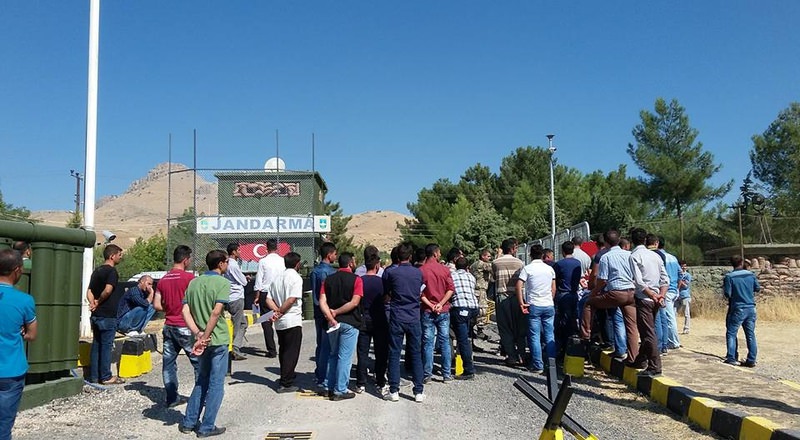 Since the PKK escalated its terrorist activities in July, 20,000 young men have applied to become village guards, officials have said. According to the Federation of Provisional Village Guards, Turkey currently employs 46,000 guards in its southeastern provinces

Thousands of youth have applied for the job of village guard in Turkey's southeastern provinces, the chairman of the Federation of Provisional Village Guards said on Thursday. Speaking to Anadolu Agency, Chairman Orhan Kandemir said that there is massive competition for the positions of village guard in 22 provinces, with 20,000 applications. "Applications have been the most competitive in Hakkari, Şırnak and Van. Mardin and Bingöl follows these provinces. We want all of these young people to be tenured. With the meeting of this demand, the village guard system will be consolidated."

Kandemir brought up a talk he had with Prime Minister Ahmet Davutoğlu regarding the issue, saying, "We told the prime minister that we need young village guards. He welcomed this and instructed the Interior Ministry. Five thousand of our demand for 10,000 village guards has been facilitated."

According to the Federation of Provisional Village Guards, Turkey currently employs 46,000 guards under a system established in the 1980s.

The Ministry of Internal Affairs announced on Sept. 19 that it will hire 5,000 village guards as the PKK violence in the country's eastern and southeastern regions had escalated in recent months.

Minister of Internal Affairs Selami Altınok said guards would be deployed to 22 provinces in the region, where Turkish security forces are fighting PKK terrorists following the renewal of the group's armed campaign in late July.

"The Republic of Turkey can eliminate this trouble and is determined to tackle it," Altınok said at a veterans' lunch in Aksaray, central Turkey.

"The fight against terrorism will be maintained in a determined way until the PKK terrorist organization lays down its arms," he said.

"With the instructions of Prime Minister Ahmet Davutoğlu, we are set to start hiring almost 5,000 village guards in 22 eastern and southeastern provinces to be more effective in the guard system."

The Kurdish conflict reignited following the July 20 suicide bomb attack in Suruç in the province of Şanlıurfa, marking the end of fragile peace discussions known as the reconciliation process.

Formed in 1978, the PKK fought the government for an independent state until the early 2000s. The group then shifted its goal to autonomy in the predominately Kurdish regions of Turkey.