Top PKK leader says organization in indirect contact with US 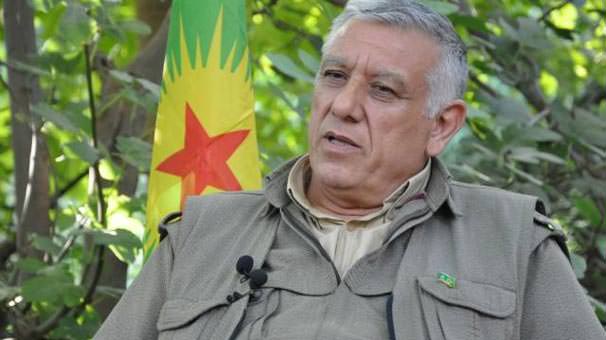 by Daily Sabah with Reuters Nov 24, 2015 12:00 am
Unperturbed by the Turkish fighter jets flying over the mountain where he sat, a top PKK leader said the the terrorist organization was in contact with the United States indirectly, but wanted to establish direct relations. "If they (the international community) want to eliminate Daesh they should help the force that is fighting Daesh best and that is the PKK and the YPG," Cemil Bayık told Reuters.

Citing an increase in PKK attacks on the security forces and civilians, Turkey resumed bombing the PKK in July, targeting them in the country's southeast and across the border in northern Iraq where they have bases. Turkish President Tayyip Erdoğan vowed earlier this month to hunt the PKK until every last militant was "liquidated", in a conflict that has claimed more than 40,000 lives. Bayık also charged the Kurdistan Democratic Party (KDP), which dominates in northern Iraq and is close to Turkey, of assisting Ankara in the war against the PKK by providing intelligence on their positions. Iraqi Kurdish authorities have previously denied that and said the Kurdish issue cannot be solved through violence and clashes.
Last Update: Nov 24, 2015 1:56 am
RELATED TOPICS