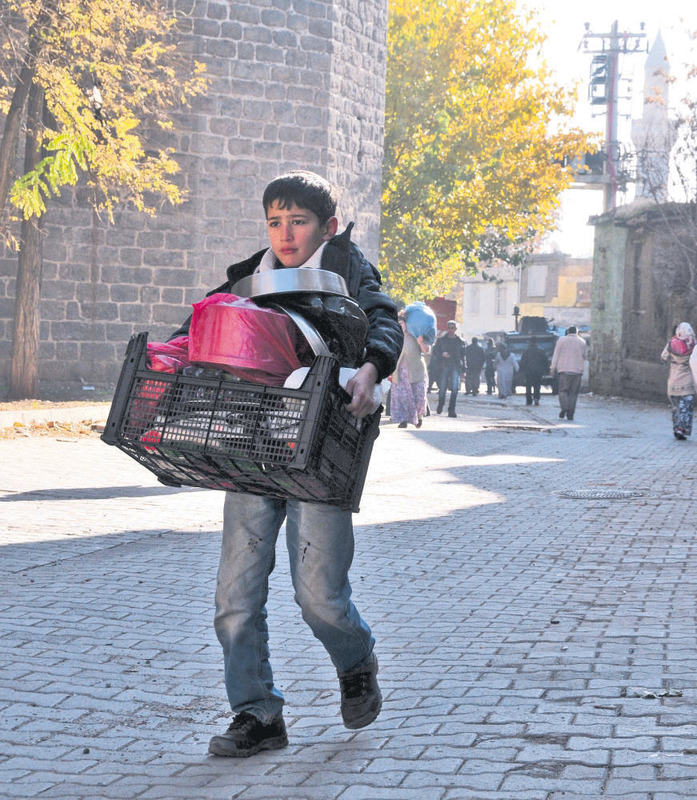 by Daily Sabah Dec 14, 2015 12:00 am
On Saturday, a woman in the southeastern province of Yenişehir protested against Peoples' Democratic Party (HDP) deputies who gathered to make a press statement regarding operations against the urban branch of the PKK terrorist organization in the wake of attacks on historic mosques. HDP group Vice Chairman İdris Baluken and HDP Diyarbakır deputies Nursel Aydoğan, Sibel Yiğitalp and Çağlar Demirel gathered to make a joint statement when a woman approached the group and complained: "I've been at the train station for nine days. I'm sick, receiving treatment and don't know what to do. I don't have a home. My psychology is upside down."

Aydoğan responded to the woman, saying, "OK. Let's make our statement. Come to our provincial headquarters. We'll sort it out." The woman, however, expressed her disbelief at Aydoğan's promise and slammed the PKK's recent attacks on mosques. "I don't believe in anyone anymore. Why do we shoot each other? Are we Kurds? Who are we? We are killing each other. We are Muslims. How do we burn Qurans and destroy mosques?" she said.

The PKK's urban branch has recently ramped up its attacks in cities and spread violence. The terrorist organization last week burned a historic mosque from the Ottoman era in the Sur district. Later on, terrorists opened fire on firefighters and policemen who tried to put out the fire. Burnt Qurans were also found inside the mosque.

Another citizen also shared her fury and reaction regarding the incident. "I wish it had been my home that was burned. They burned Allah's home. They burned Qurans. How could you burn Qurans?" she asked.

Meanwhile, the PKK has purportedly marked houses belonging to families who are known to oppose the PKK's life-crippling policies of digging ditches, barricading roads and clashing with security forces to pressure them to leave.

On top of that, people in the region currently have difficulty going out for bread and want a return to the peace that was prevalent as a result of the reconciliation process between the state and the PKK. The people are demanding the PKK disarm and return to the reconciliation process for a permanent solution to the decades-long conflict. In metropolises, where the influence of terror is felt less, such as Şanlıurfa, Mardin and Gaziantep, tourism, which constitutes the heart of the region's economy, has nearly grounded to a halt. After the suicide bombing in Suruç on July 20, which killed 33 people and left more than 100 injured, GAP tours, which are organized in the cities of the region and normally cater to millions of tourists a year, have been canceled.
RELATED TOPICS