PM Davutoğlu: Those who left their homes in southeast Turkey will return to peace 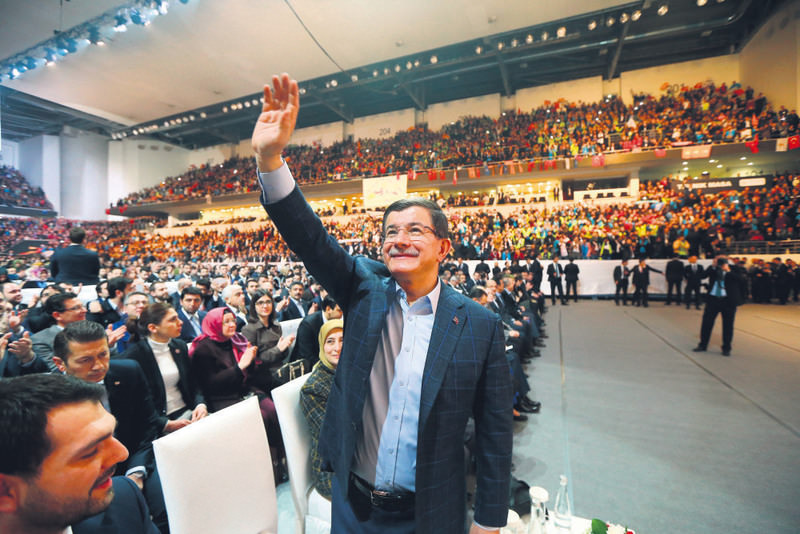 All citizens who left their homes after the increasing PKK threat in southeastern provinces will return to peace and people who support terror and threaten the population, unbecoming of deputies, will absolutely receive the response they deserve, Prime Minister Ahmet Davutoğlu said on Sunday.

"They are saying ditches are not the reason but the result. Of what result is this? Is there anyone that prevents your making politics? What is the reason of your hiding behind ditches instead of working in Parliament," he said.

"HDP officials are worried about legitimizing the ditches that the PKK has dug. A HDP deputy threatens those who had to leave without shame. She is spreading threats, saying: 'You shall not give up and leave, you may not find enough to dare to return one day.' I am saying from here that our citizens who left those homes will return to their homes in peace."

Previously, Istanbul HDP deputy Pervin Buldan wrote a post a on her official Twitter account directed at citizens trying to flee their districts. She said: "You shall not give up and leave. You shall not quit. You may not be welcome when you want to go back one day."

Davutoğlu said that terrorists, as a "barbaric organization," use youth in spreading terror: "They hand Molotov cocktails to youth and children who should be going to school, make them attack their schools and give them guns. They slaughter young people and execute them. They take them to the mountains. They want to turn young people into enemies of the school, the mosque and the book."

Davutoğlu said the PKK is in efforts to cripple life there with their mischief, and added: "We will not collapse against those traps. This will not continue as such. We will not allow this insolence. We will not allow their exploitation of young people. We will forge a thick wall between terrorists and citizens." He also said that they are determined to make those who dug these ditches pay for it and added that they disregard oppressing people in the region. "They attack Islam's spirit in Diyarbakır. They were the ones who burned Kurşunlu [Fatihpaşa] Mosque, but we were left with the blame. They want to make people migrate and make them leave by harassing everyone."

PKK terrorists torched the centuries-old Fatihpaşa Mosque in the city of Diyarbakır on Dec. 7, one of the latest instances of deadly violence in the region, and is now targeting cultural heritage sites. "It is clear what they are trying to do. The PKK has been oppressing people for months. Local people are subjected to this organization's oppression; even they are escaping from it," Davutoğlu said.

Hundreds of people, including teachers, had to leave with the escalating violence and threats by the PKK and YDG-H, as clashes with security are now happening in the middle of cities and towns.