AK Party submits bill to amend closing down of parties 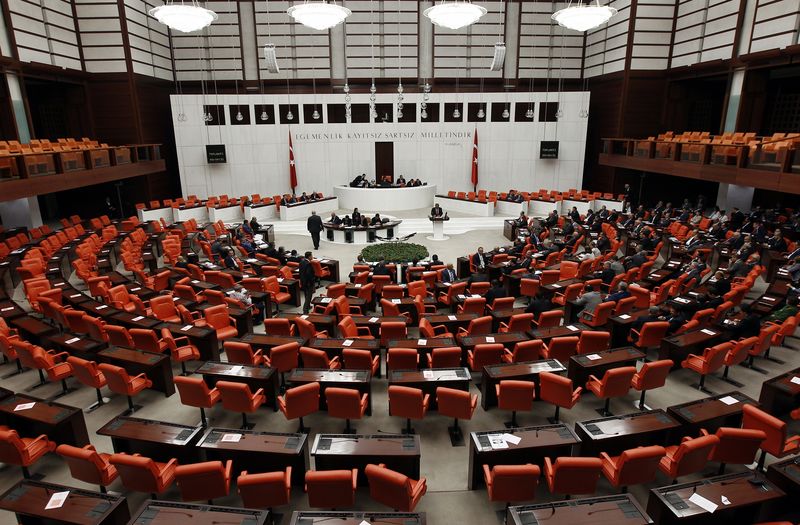 by Anadolu Agency Mar 10, 2015 12:00 am
The ruling Justice and Development Party (AK Party) on Tuesday submitted a bill to Parliament that amends the procedure of shutting down a political party in the Constitution.

According to the bill, the request to shut down a political party will now be filed with a parliamentary commission once such a demand is received from the Court of Appeals' prosecutor. The request will be accepted only if two-thirds of the commission members support it after a secret ballot.
Such a parliamentary commission will consist of five members from each political party and will be chaired by the Parliament speaker.

If the commission agrees to shut down a party, the case will be forwarded to the Constitutional Court, which will retain its power to make the final decision. The court, however, may decide to deprive the political party of state assistance, partially or fully, instead of completely shutting it down.

In the event of closure, the party founders and members would be barred from joining another party for three years. Currently, according to the Constitution, the ban could last up to five years.

The new bill came days after Kemal Kılıçdaroğlu, the leader of Turkey's main opposition Republican People's Party (CHP), said that certain groups and individuals were preparing the ground to close down his party.

Kılıçdaroğlu said he even knew the identities of the people behind such an alleged move.

However, government sources strongly rejected his claims. "No one could attempt such a thing, closing a political party," Interior Minister Efkan Ala said during a TV interview on March 5.

Aydın said that the AK Party was against such closures. "I believe that no political party in Turkey should be shut down, in the new Turkey," he added.