Parliament to discuss bill amending shutdown of parties on Friday 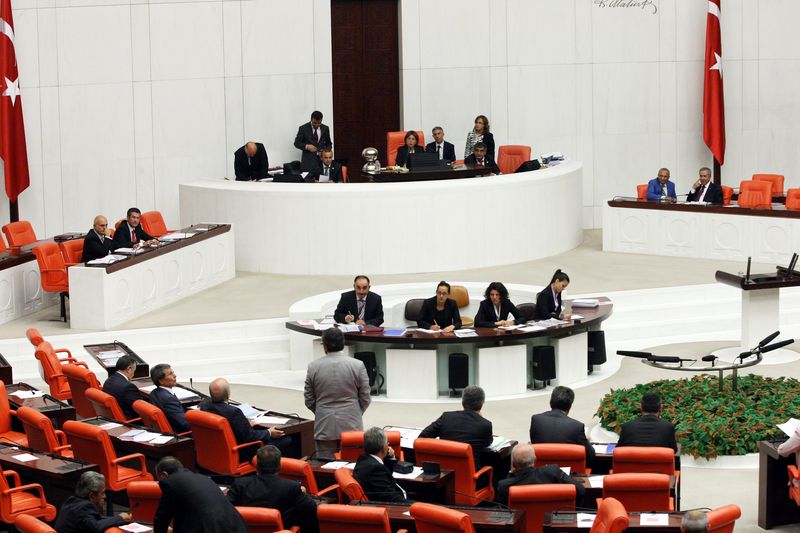 by Anadolu Agency Mar 11, 2015 12:00 am
Parliament will debate a constitutional amendment on party closures, starting on Friday.

The ruling Justice and Development Party (AK Party) on Tuesday submitted a bill to Parliament that makes it harder to shut down a political party.
The new bill came days after Kemal Kılıçdaroğlu, the chairman of the main opposition Republican People's Party (CHP), said that certain groups and individuals were aiming to close down his party.

Kılıçdaroğlu said he knew the identities of the people behind the alleged move.

However, government officials strongly rejected his claims. "No one could attempt such a thing, closing a political party," Interior Minister Efkan Ala said in a televised interview on March 5.

On Friday, the AK Party parliamentary group figure Ahmet Aydın said that the AK Party was against such closures.

"I believe that no political party … should be shut down in new Turkey," he added.

President Recep Tayyip Erdoğan on Tuesday urged parties to support the bill to fully revoke closing down a political party.

"If the four parties convene, or even only with the main opposition party, this issue will drop off the nation's agenda," Erdoğan said in Ankara.