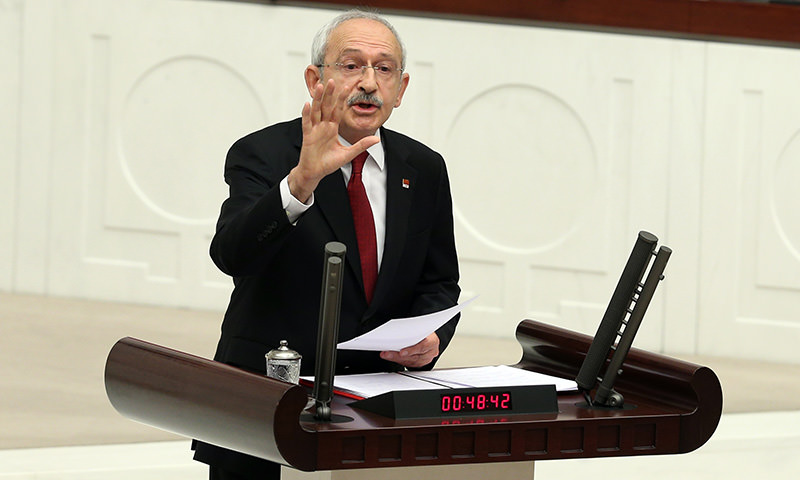 Kılıçdaroğlu said in his reply letter to Kahraman, "We will not be a part of a work opening the door to presidency. A consensus on the parliamentary system needs to be endorsed."

The CHP last week left the committee at their third meeting due to the debate on Turkey switching from the parliamentary system to a presidential one. CHP committee members left the table when members from the Justice and Development (AK) Party presented the subject.

Upon this development, Parliament Speaker Kahraman sent a letter to the CHP on Friday, urging the party to return back to the constitutional conciliation committee.

CHP vice chairman Bülent Tezcan confirmed receiving the letter, telling journalists at the parliament, "The letter does not have content meeting our request. It seems that he is calling us back as if nothing has happened. A call saying 'Give up on your insistence and come back'."

The constitution conciliation committee has 12 deputies – three from each of the four parties in parliament – who first met on Feb. 3 in a bid to write a new constitution to replace the current one that dates back in parts to Turkey's military regime of the 1980s.
Last Update: Mar 02, 2016 11:56 am
RELATED TOPICS