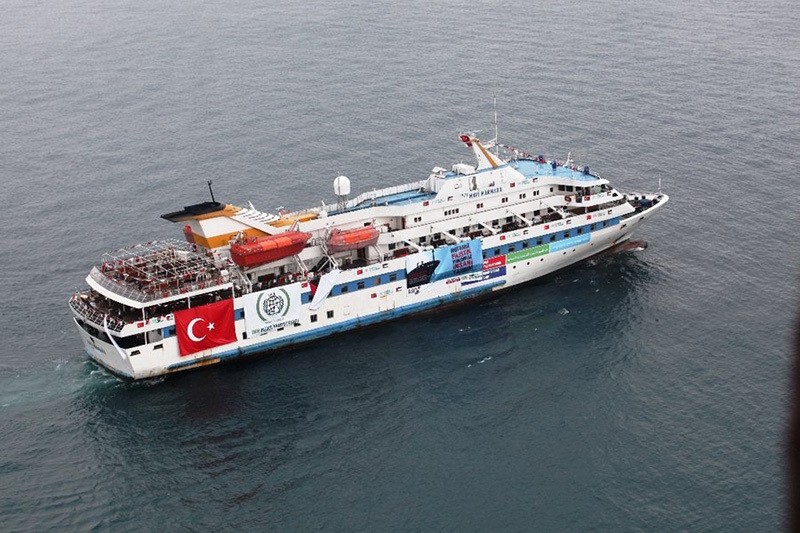 Amid a thaw in ties with Israel, the prosecutor in the Mavi Marmara case, where Turkish activists were killed by Israeli troops, asked an Istanbul court on Friday to drop the charges against Israel, citing a reconciliation deal between the two countries

The prosecutor of the Mavi Marmara case Hüseyin Aslan has requested the dismissal of the case, citing the resolution of the issue by the agreement signed by Turkey and Israel, reports said on Friday.

The countries renewed ties in June following a six-year split following the Israeli attack on the Mavi Marmara aid ship in May 2010, when 10 Turkish activists on the Gaza-bound vessel were killed.

On Thursday, the new Israeli ambassador to Turkey, Eitan Na'eh, arrived in Ankara to assume his duites.

In September, President Recep Tayyip Erdoğan announced the appointment of a former foreign policy adviser Kemal Ökem as Turkey's new ambassador to Israel and Ökem is going to assume his duties in Tel Aviv on December 12, reported Friday.

The Mavi Marmara was the leading a flotilla of ships planning to deliver aid to the Gaza Strip when a raid on May 31, 2010 by Israeli special forces killed nine Turkish nationals and one Turkish-American dual national. One Turkish national, Uğur Süleyman Söylemez, died in the hospital in 2014 after being in a coma for almost four years. The raid caused relations between Turkey and Israel to nose-dive, which the U.S. has been trying to rescue ever since.

Israeli Prime Minister Benjamin Netanyahu in March 2013 apologized to then Prime Minister Recep Tayyip Erdoğan for the raid. However, the protracted negotiations over the amount of compensation to be paid to Turkish victims of the raid led nowhere. Israel agreed to increase reparations for the victims to $20 million and a draft of an agreement between the two states was written in February 2014. The countries also agreed that the Turkish Parliament would drop the lawsuits against Israeli soldiers that participated in the raid with a new law.