Nothing will succeed without involving youth, says Erdoğan 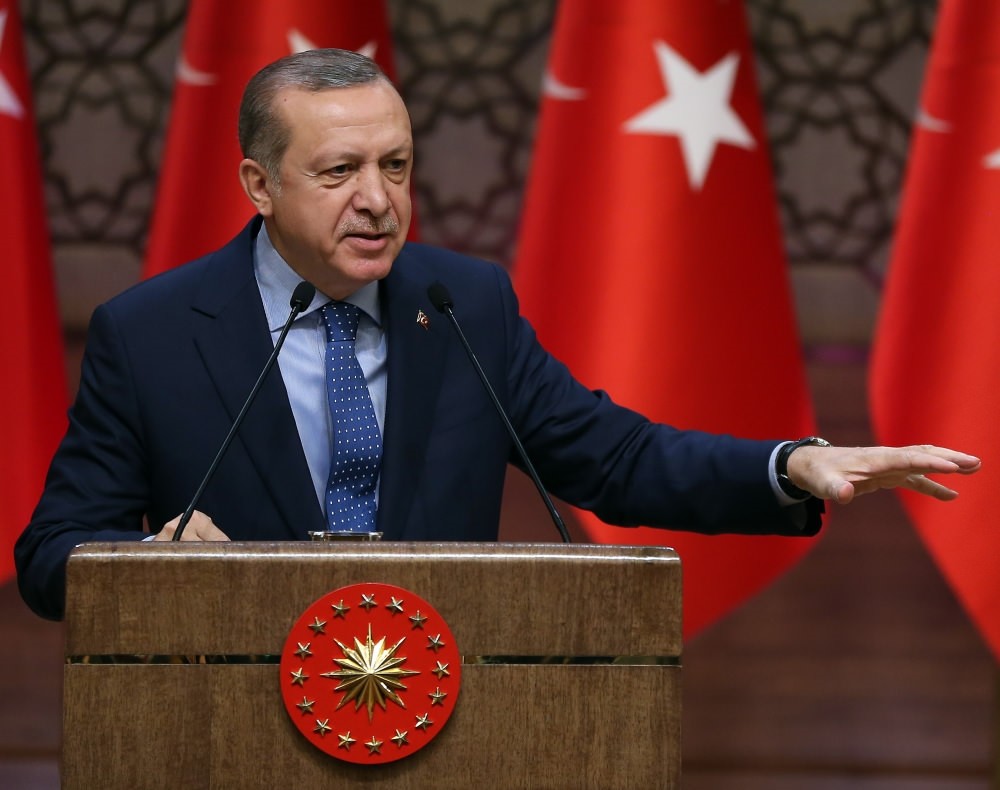 President Recep Tayyip Erdoğan highlighted the importance of including youth in the political representation by saying projects that do not include youth will not succeed, after the opposition parties stated that they are against lowering of the age of candidacy from 25 to 18 as part of the new constitutional amendments

Turkey's President Recep Tayyip Erdoğan put an end to discussions on lowering the age of candidacy for lawmakers in the constitutional amendment package Thursday, saying, "A project that does not involve the youth cannot succeed. For this reason, we have lowered the age of candidacy to 18, which is currently the age of candidacy in many countries around the world." Speaking at the Ministry of Culture and Tourism's Special Awards Ceremony at the Presidential Complex in Ankara yesterday, President Erdoğan stressed the significance of youth involvement in national issues. He also emphasized on the necessity of producing and devoting efforts in creating artifacts to revitalize Turkey's history again.

He further noted, "It is our expectation from the youth to be more active in all fields of culture, the arts and the sciences." Erdoğan underlined that any activity or project that does not include the youth is destined to fail, as he addressed discussions on the new draft constitution's article on lowering the age of candidacy from 25 to 18.

"A project if it does not include young people is destined to fail. Thus, we have proposed to lower the age of candidacy in the amendment package. The age of candidacy is currently 18 in many countries around the world," he said and affirmed the necessity of allowing youth from the age of 18 to be appointed to the country's governing body. "The best answer to those claiming people at 18 years old cannot take such responsibilities will be given by the youth themselves," Erdoğan said.

He called on those "pushing away the youth that took on tanks on the night of the July 15 coup failed attempt," and stressed that they cannot be disregarded. He declared, "We must believe and trust our generation [of youth]."The president also clarified his recent calls for "national mobilization," as he said: "We must work with a spirit of mobilization in efforts to protect and revive our traditional arts and further enhance them. This is the reason why I always say national mobilization and I only meant national mobilization, not an armed mobilization."

The proposed law gives executive powers to the president and vice presidents while abolishing the post of prime minister, it also lowers the age of candidacy for Parliament from 25 to 18, and it increases the number of parliamentarians from 550 to 600 in accordance with the country's growing population. The number of the Constitutional Court members will also be decreased from 17 to 15.

The same law also proposes to hold general elections every five years, instead of the current four years, and the presidential election will also take place on the same days.

Aside from the change to an executive presidency, other reforms include allowing the president to maintain party political affiliation. There are also changes to Turkey's highest judicial body, which would be renamed while retaining its independence and own budget. The reform package sets 2019 as the date for Turkey's next presidential and parliamentary elections.
RELATED TOPICS