Minister Albayrak: New system will be fortress of Republic 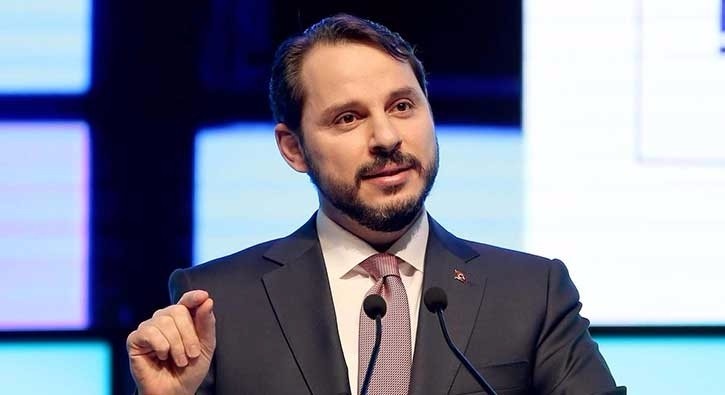 Energy Minister Albayrak said that the new system, which will be voted on referendum on April 16, will bring long term social, political and economic stability to Turkey.
by Daily Sabah Feb 14, 2017 12:00 am

Turkey's Energy and Natural Resources Minister Berat Albayrak has said that the proposed changes to the Turkish Constitution will become a guardian of the Republic.

Speaking to the press in Ankara on Sunday, he said, "Those opposing the constitutional amendment package speak of the 'benefits of the Republic.' However, this referendum will bury all the threats against the Republic, giving the Turkish nation and its land, value and permanence. It will be an insurance for the Republic."

He asked, "What do we mean by 'Republic'? It is the people's will, isn't it? This is what will be achieved with the referendum. It will eliminate the anti-democratic interventions, which, in the forms of coups, crises, instability and coalition governments, have dogged Turkey.

Commenting on recent developments, as the Justice and Development Party (AK Party) prepares for the upcoming referendum, Minister Albayrak emphasized on the close relationship the party wants to build with people it represents and how it aims to raise awareness and inform the public about the constitutional amendment package and its importance for Turkey.

"The outcome of the referendum will be about Turkey's stability in social, economic and various other areas. I think this poll is going to be very critical," he said, adding that the changes in the system will allow the judiciary to hold the presidential post more accountable for his or her actions, while strengthening the division between the separation of powers.

The proposed changes will bestow "executive powers" to the president and the vice presidents of the Turkish state, abolish the post of the prime minister, lower the age of candidacy from 25 to 18, and increase the number of parliamentary seats from 550 to 600, in accordance with the country's growing population. The number members at the Constitutional Court, on the other hand, will be lowered from 17 to 15.

Under the new system, the president will be able to appoint presidential aides and ministers unilaterally and will also have the right to dismiss them. In addition, the Council of Ministers will be abolished while ministers will remain in office.

Turkey's highest judicial body will also see changes to its formal title though it shall retain its independence and its own budget. The reform package indicates that the next presidential and parliamentary elections will be held in 2019.

The referendum on constitutional reforms will be held on Sunday, April 16, as announced by Turkey's Supreme Election board (YSK) on Saturday.

YSK President Sadi Güven said there will be around 164,000 ballot boxes available for the registered 55.3 million voters in Turkey. The registered 2.3 million Turkish voters living abroad will be able to cast their votes in 57 countries, at around 119 of Turkey's foreign missions and 32 customs stations.
RELATED TOPICS