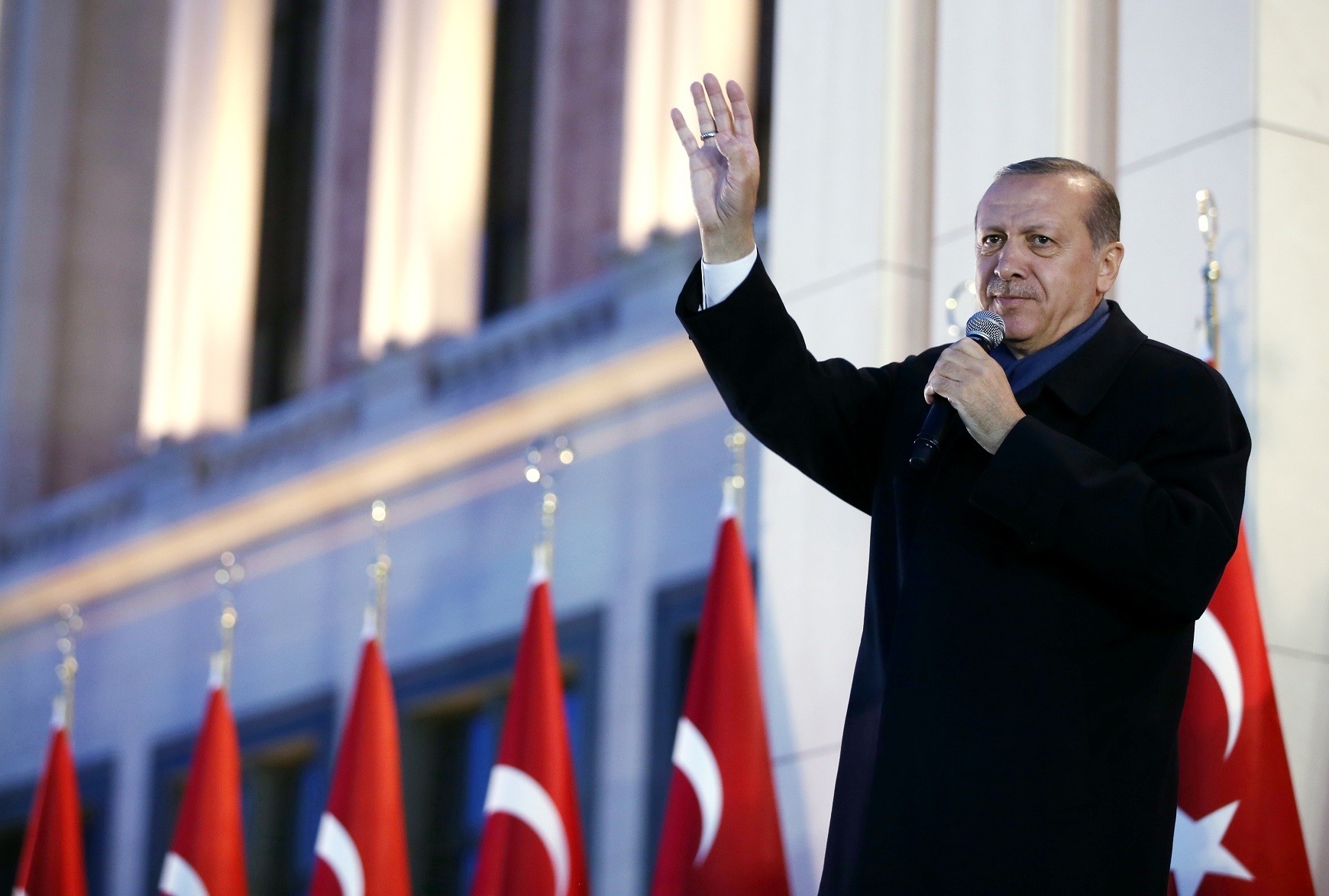 The new changes to the constitution, which allows the president to have party affiliation, will bring new dynamism to the AK Party, as President Recep Tayyip Erdoğan is expected to join the party as a member and continue the political race as the chairman of the AK Party

After a referendum victory for the "yes" campaign, the focus has already shifted toward how Turkey's political parties will restructure themselves for a new challenge, namely the 2019 municipal and presidential elections. One of the major discussions, with regards to the reshuffle and restructuring, has been triggered by a provision in the amendments that would allow the president to become a political party member. Analysts have suggested that a Justice and Development Party's (AK Party) membership invitation to President Recep Tayyip Erdoğan will bring new dynamism to the party's structure.

In the meantime, AK Party officials saying that President Erdoğan will be invited to become a party member, has given way to the question of whether or not this will have a drastic effect on the party leadership and structure, and whether the party will hold an extraordinary congress, before the 2018 ordinary congress.

Commenting on the possibility of changes, Fahrettin Altun, a columnist with Turkish daily, Sabah, and Istanbul coordinator for the Foundation for Political, Economic and Social Research (SETA) said, "The April 16 referendum, first of all, has turned a new leaf in Turkish politics."

In Sunday's referendum, the "yes" bloc, led by the AK Party and opposition Nationalist Movement Party (MHP), claimed a win with 51.4 percent votes. This will see through the approval of an 18-article amendment to the constitution, which was battled by the "no" camp, led by the main opposition Republican People's Party and the pro-PKK Democratic Peoples' Party (HDP).

"With the new changes, President Erdoğan will be able to officially reestablish his ties with the AK Party, which is like a current that feeds off President Erdoğan's vision, as such, this change will lead to a period of reforms within the party," Altun said.

Commenting on the possible changes that will likely be made after the April 16 referendum, Prime Minister Binali Yıldırım yesterday said, the extraordinary congress to elect a new chairman will not be held in the following days. "We will carry out the ordinary congress in 2018."

Altun said, during Davutoğlu's party leadership, President Erdoğan's vision for a presidential system was not well communicated within the party, and at times, there was a disconnect between the party administration and its leadership.

"In the new period, we can expect that the party will embrace President Erdoğan as the leader in charge. This will also mean a change in party's organizational structure. In addition, it will bring a more coherent atmosphere and dynamism to the party. However, we should not expect radical changes," Altun added.

The AK Party, as a movement, scored its first electoral victory in 2002, after years of political instability and an unprecedented financial crisis in Turkey. It has since won every election, including the municipal elections, general elections, and two previous referendums in 2007 and 2010.

In addition, the AK Party candidate for presidency, current President Erdoğan, also won the presidential elections in 2014. In its latest victory, the AK Party achieved a 49.5 percent vote share under its former chairman Ahmet Davutoğlu.

Current chairman and the prime minister, Binali Yıldırım was elected as the party leader after his predecessor and former Prime Minister Ahmet Davutoğlu resigned from the post in May 2016.

Speaking to provincial leaders of the party, Yıldırım indicated that Erdoğan's participation in the AK Party will soon be on the agenda, once the Supreme Election Board (YSK) officially announces the referendum results, allowing President Erdoğan's party affiliations to be legally established again.

Rector and an International Relations academic at Yeni Yüzyıl University, Yaşar Hacısalihoğlu, said, the new constitutional changes will be a new chapter in Turkish politics in general, particularly leading to a political atmosphere where parties' will need to reach out to a more people across the political spectrum.

"Despite winning the referendum, AK Party should still reach out to the 'no' voters, in order to analyze their motivations in making such decision, and ultimately try and find newer ways to convince them. This period needs to continue. This may be possible with field researches that would help them figure out what was missing from their campaigning," he thought.

He further added that in the upcoming period, when the parties will be making adjustments for a new system where they are forced to take the participation and representation of various groups of the society into consideration.

AK Party has traditionally made the intra-party consultation a developing strategy for the growth of the party, including field researchers among voters, as well as the party's local organizations, which after the recent referendum is also expected to go through an evolutionary.