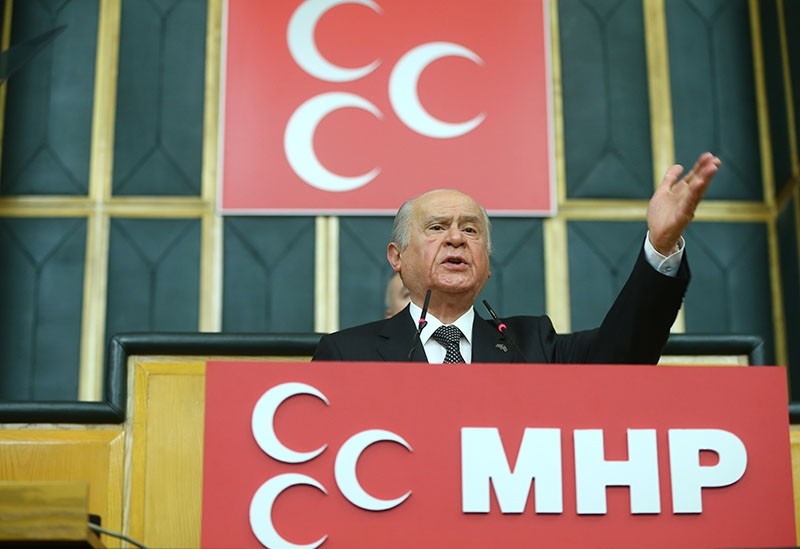 Nationalist Movement Party (MHP) leader Devlet Bahçeli called to reinstate the death penalty for treasonous acts and to finally close the door on the subject.

Speaking at his party's regular parliamentary group meeting in Ankara, Bahçeli reaffirmed the MHP's stance to reintroduce the death penalty.

"I repeat myself and express our decisiveness; with all its power the MHP is here. This discussion should be closed as soon as possible," Bahçeli said.

The MHP party leader urged the government not to listen to the European Union, which has repeatedly stated that the re-introduction of the death penalty would lead to the suspension of ties. Bahçeli added that the EU's growing closeness to the PKK and FETÖ terrorist organizations was "incoherent and disturbing."

Bahçeli also called on to the government not to delay or hesitate on the issue and to show Turkey's resolve and determination in dealing with the country's traitors.