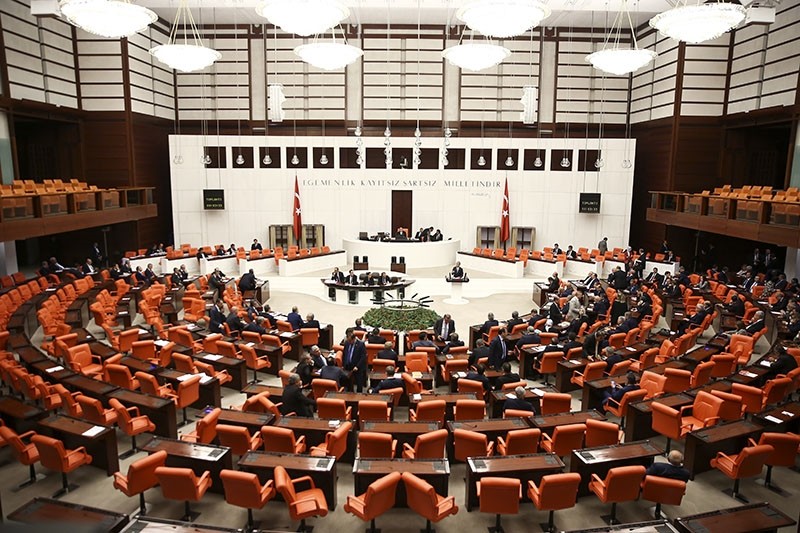 Turkish lawmakers elected seven members to a reshaped judicial authority Wednesday, pushing through a second of the recently approved constitutional changes on the July 16 referendum.

The seven council members, who were chosen from two key courts and the legal profession, were approved with more than the required 330 votes in the 550-seat assembly.

Yaşar Şimşek, Mehmet Ademoğlu and Alp Arslan from the Supreme Court of Appeals, Cafer Ergen from the Council of State, Ali Cengiz Köseoğlu chosen from a list of academics, Songül Yazar selected from a list of lawyers and Hamit Kocabey from both the academics and lawyers list were elected as the new members of the Board of Judges and Prosecutors (HSK).

The ruling Justice and Development Party (AK Party) currently holds 317 seats in parliament and the Nationalist Movement Party (MHP), whose leadership joined forces with the AK Party in pushing through the constitutional changes, holds 36 seats. The list of 21 candidates, from which the seven were chosen, was introduced by AK Party and MHP deputies in a parliamentary commission.

Turkey's two largest opposition parties, the main opposition Republican People's Party (CHP) and the Peoples' Democratic Party (HDP) said they boycotted the overnight vote in parliament. The two parties were also part of the "no" camp in the referendum, which contested the results and demanded its annulment.

A quorum of 367 out of 550 deputies was necessary in the first round of voting. Due to the CHP and HDP's boycott the quorum could not be reached and a second round was held, seeking a quorum of 330 deputies.

Most appointments to the judicial council were previously decided by members of the judiciary, but last month's close-run referendum passed that power to parliamentarians - a move which critics said would politicize the judiciary. The government says it will strengthen "democratic legitimacy."

Under the changes approved in the referendum, the Board of Judges and Prosecutors (HSK), which oversees the judiciary, will be cut to 13 from 22 members.

The remaining six council members will be made up of the justice minister and ministry undersecretary, along with four members chosen by the president himself. Under the old format, 16 members of the 22-member board were elected by members of the judiciary itself.

The first of the constitutional changes, allowing the president to be a member of a political party, went into effect this month when Erdoğan rejoined the ruling AK Party. He is set to regain party leadership at an extraordinary congress on Sunday.

The remaining legal changes will be implemented after a parliamentary election, set for November 2019. Those reforms will enable the president to draft the budget, declare a state of emergency and issue decrees without parliamentary approval.