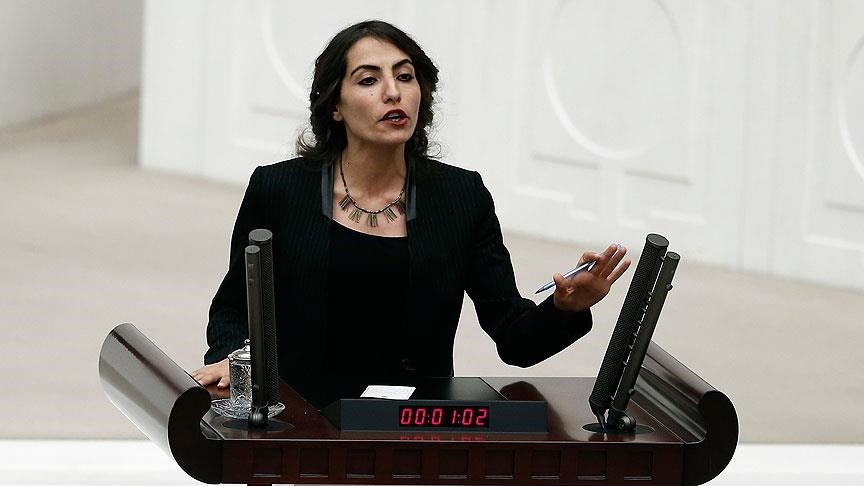 Turkish Parliament decided late Wednesday to strip a deputy from the pro-PKK Peoples' Democratic Party (HDP), Tuğba Hezer, of her deputyship over non-attendance.

A joint commission convened earlier in the day to discuss the report on Hezer's long absence.

In the meeting, Sırrı Süreyya Önder, another deputy from the HDP, defended Hezer, saying that the party will not be 'taught a lesson' with that decision.

On Feb. 17, 2016, HDP Van Deputy Tuba Hezer attended the funeral of a PKK terrorist who perpetrated the Ankara car bombing which left 38 people dead, most of them civilians, including children. The public was outraged, voicing their public outcry against the party and forcing HDP spokesperson Ayhan Bilgen to make an announcement in which he voiced his support for Hezer's decision, saying, "The HDP shares the pain of every family regardless of the identity of the deceased."

The PKK, listed as a terrorist organization by the U.S. and the EU, resumed its nearly 40-year armed campaign against the Turkish state in July 2015, unilaterally violating the cease-fire.