Erdoğan to be sworn in as executive president, new cabinet to be revealed next week 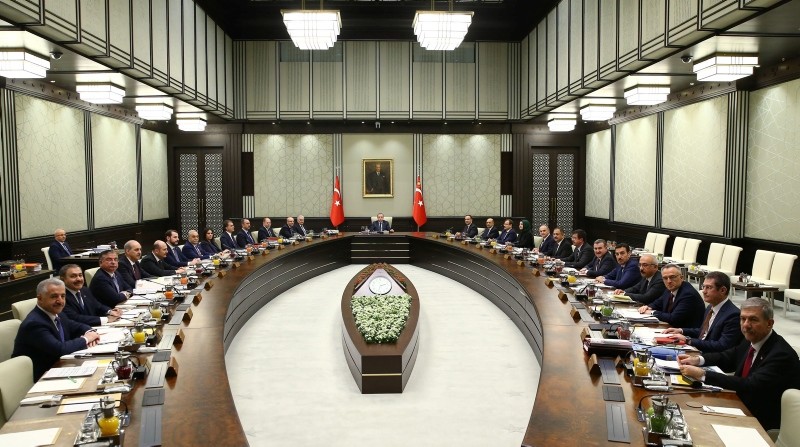 President Recep Tayyip Erdoğan will be sworn in next week, starting his term as Turkey's first president with executive powers, while the new cabinet will also be announced the same day.

The new presidential cabinet will also be revealed Monday afternoon.

Meanwhile, the first decree transferring some executive powers to President Erdoğan was issued Wednesday in line with Turkey's move to a presidential system from a parliamentary one brought about by last month's presidential and parliamentary elections.

The decree, issued in the country's Official Gazette, brought about changes in some 5,000 laws dating from 1924 to 2017 changing references to the prime minister and cabinet of ministers to the president and the president's office.

The Turkish electorate approved switching from the parliamentary cabinet system to an executive presidency – proposed by the ruling Justice and Development Party (AK Party) and backed by the Nationalist Movement Party (MHP) – in a narrowly-decided referendum on April 16, 2017, with 51.4 percent of the votes.

When President Erdoğan is sworn in, a decree law establishing 16 ministries will be published. He will also announce the new cabinet following the establishment of the ministries.

In a sign of a more streamlined governance, the number of ministers who will be appointed by the president will decrease from 21 to 16. The ministries will not be removed; rather they will be combined, with the Foreign Ministry and European Union Ministry united under a single portfolio.