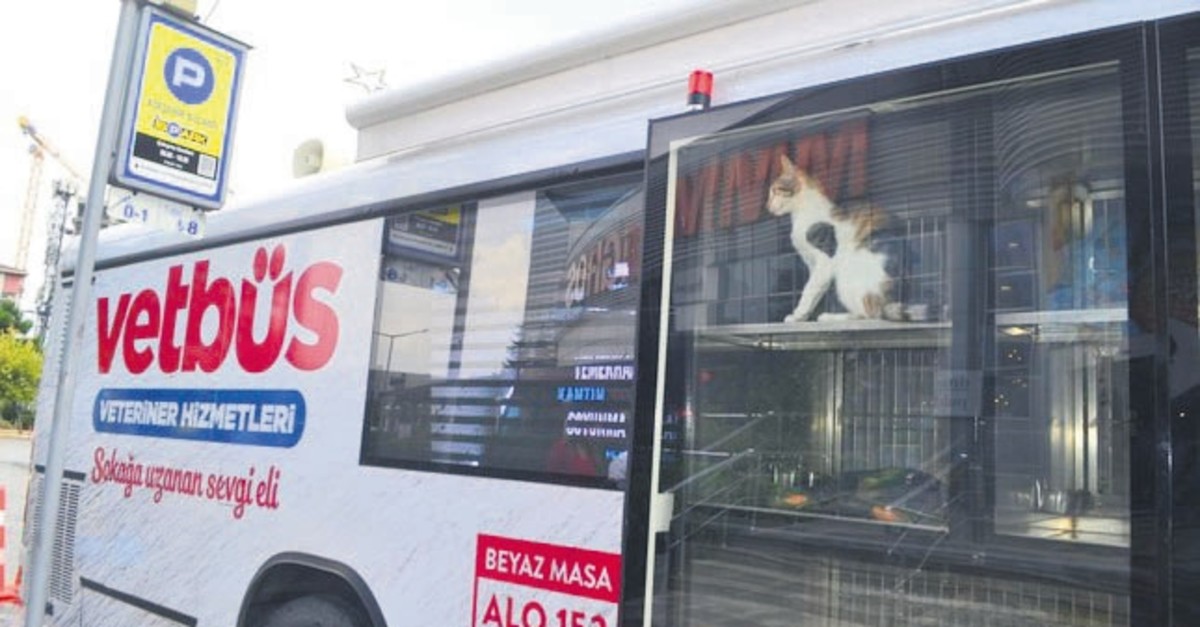 A cat staring out the window of Vetbus, a mobile veterinarian clinic run by the Istanbul municipality. Municipalities take responsibility for sterilization and the care of stray animals.
by Burak Erdem Çelik Jul 09, 2019 12:16 am

In this regard, the number of animal shelters of municipalities, which currently stands at 234, will be increased to 500. Also, animals receiving treatment and baby animals will be under protection separately, and the animal shelters will be available for monitoring by animal lovers.

For weeks, the parliamentary committee hosted animal rights activists, nonprofit organization representatives, academics and other people involved in animal welfare and rights for a more comprehensive approach to the matter. It will soon issue a report that will cover everything from pet care to "dolphin parks" and the horse-drawn carriages popular in some towns. The committee also focuses on a stricter approach to crimes against animals, and to their abuse and torture, particularly to make it a crime punishable with prison terms instead of fines as it is the case under current laws treating animals as "commodities."

The committee suggests at least three years in prison for maltreatment and torture of animals. It also recommended the establishment of "animal police," a police department specializing in crimes against animals. With the new law, while animal caretakers will be selected from among certificated experts who have expertise on physical development, there will also be some developments in educational curricula as fourth grade students will receive lessons on animal rights to create awareness.

The new law also includes a regulation on phaetons. Instead of horse-phaeton carriages, phaetons with electricity will be used.

Increasing population and traffic made it impossible for horse-drawn carriages to properly operate and experienced phaeton drivers, who were known by locals and provided good care for their animals, went out of business. The few regular phaetons that remained were constantly associated with poorly cared for, abused or tortured horses, overpricing and other issues. The recent moves to ban horse-drawn carriages also come amid increased awareness and public mobilization on animal rights.