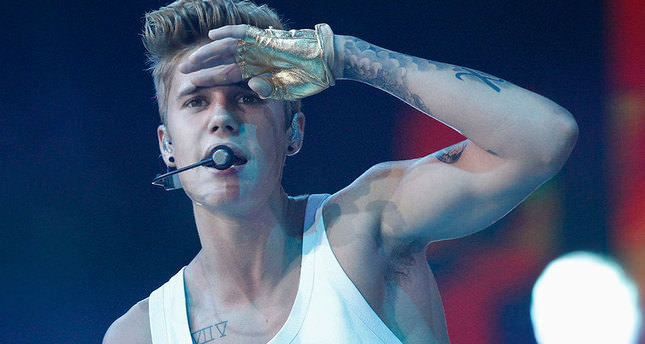 by Associated Press May 15, 2014 12:00 am
LOS ANGELES — Justin Bieber is under investigation after a woman accused the embattled pop singer of trying to steal her mobile phone at a family entertainment center, police said Wednesday.

The woman was taking photos of the singer, and he asked her to stop but didn't accost her, said Howard Weitzman, Bieber's attorney.

Police spokeswoman Rosario Herrera said the woman reported that Bieber, 20, attempted to take the phone Monday night at the facility that features miniature golf, arcades and batting cages in the Sherman Oaks neighborhood.

Bieber was hitting baseballs while the woman photographed him and tried to get him to take a picture with her daughter, Weitzman said.

Weitzman said he looked into the allegations and an employee at the facility reported that the woman was the aggressor.

"I would think this would fade away, given the facts here," he added.

Prosecutors are still considering whether to file charges against Bieber over an egg-throwing incident in January that damaged a neighbor's home in Calabasas.

Bieber is scheduled to go on trial in July in Miami on charges he was driving under the influence and without a valid driver's license in January. He has also been charged in Toronto with assault. Weitzman has said Bieber is innocent in the Toronto case.