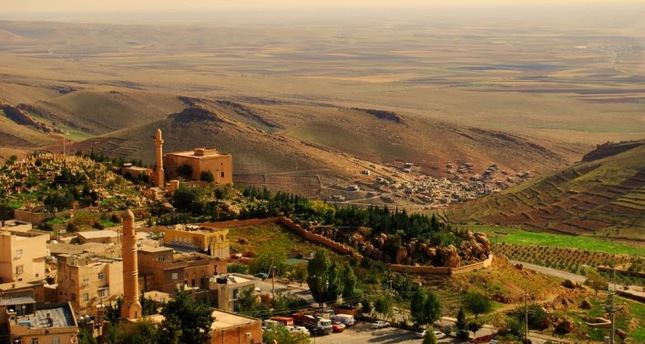 Whether you plan to travel around Turkey, learn more about Turkish culture and traditions, or even set up roots, the following are the best blogs to help you navigate your way through this beautiful country.

I have tracked down the best blogs by expats in Turkey that each present a different perspective on life in Turkey from a foreigner's point of view.
Turkish Travel Blog is written by Natalie Sayin, who left the U.K. over a decade ago to move abroad only to end up in Didim on the Aegean Coast. She fell in love with the country, its history, culture and people and her aim is to explore the whole of Turkey and document her travels on her very professional-looking blog.

Empty Nest Expat is a blog by Karen Van Drie, an American who decided to travel the world after her youngest daughter left for college. Based in Istanbul, she travels extensively and records her observations on her multi award-winning blog. She is also leading a Twitter campaign to celebrate Turkish reading culture under the hashtag #ensonneokuyorsun.

Senior Dogs Abroad is an informative blog by Mark and Jolee, an American couple who write about their experience after moving to Istanbul six years ago, with a focus on current regional developments. From the Seven Hills of Istanbul is a newer blog by Kristin from Wisconsin, who first came to Turkey in 2009, where she completed her M.A. and now works and writes in Istanbul. Her colorful blog has an Istanbul foodie section, recommendations for day trips and reviews of arts events. The Turkish Life is a series of intelligent ramblings on living in Turkey penned by a freelance journalist from San Francisco who moved to Istanbul in 2008.

While a number of bloggers on this list have Turkish spouses, some have made wading through the cultural divides their focus, such as Slowly by Slowly, a very unique blog by American writer Liz Cameron who takes her readers on a cross-cultural marital road trip with the aid of a band of Karagöz puppets as backseat drivers. Earth Laughs in Flowers is a homemaker's guide to living in Turkey, by Kerry Arslan, a Scot living in Adapazarı with her husband and little boy.

Some blogs serve as tales of new love such as Living the Turkish Dream, written by an English girl in her early twenties living out her own typical holiday romance story in Fethiye and Passion Taking Flight, a blog by a German American that moved to Istanbul in 2009 after graduating from college who writes about her day-to-day life in Istanbul, such as recently marrying her Turkish beau.

There are also two East Coast American bloggers based in Ankara who are married to Turks who blog about their adventures in the capital, with wit and beautiful photography. Terry's Adventures in Ankara has an extensive travel and food guide as well as recipes, while Jules' Far From the Sticks also includes recipes amongst tidbits of her life in the capital.

There are also two excellent British expat bloggers in Bodrum. Roving Jay, who is also the author of the Bodrum Peninsula Travel Guide website as well as guidebooks on the Bodrum Peninsula and Gümüşlük, writes about her expat adventures, while Back to Bodrum offers the perspective of a British woman rediscovering Bodrum 30 years later.

Other regionally based blogs include Turkey's for Life, which offers the views of two expats from England on living in Fethiye. They share the ins and outs of Fethiye for visitors or those moving there. Archers of Okçular is an intriguing blog by Alan from Kent who has lived in the Okçular village in Dalyan for over 15 years.

The blog has also spearheaded a book project in which donations from purchases of Alan's guides on Okçular Village and a walking and cycling
guide on greater Dalyan are being used for projects in the village. Captivating Cappadocia is a lively blog started up by Duke, an American Expat who has settled in the Cappadocia region. Now joined by guest bloggers, this site offers thorough knowledge on Cappadocia and is a great guide on the region.

Pul Biber with Everything is written by a married British couple who are motorbike-lovers that packed up and retired in Selcuk. There are also a number of hobby-based blogs such as Katrinka Abroad, penned by a "gypsy-hearted expat" from Boston who shares her photographic adventures. Enjoy Istanbul with Marc Guillet operates like a guide to the city and also offers selfguided walking tours. Birding Turkey is a blog by Silas, who hails from the Faroes Islands, and shares his birding adventures in Turkey. Drawing on Istanbul is a stunning blog by Trici Venola, a digital painter from Los Angeles. Her blog project, which has also been released in print, documents life in Turkey through drawings.

There are also a number of culinary blogs, which I have already devoted an entire column to previously, however it goes without saying that amongst them, A Seasonal Cook in Turkey and Delicious Istanbul are especially exquisite.

Although less active of late, I would be remiss not to mention notable travel author Pat Yale's blog Blogging about Turkey. She co-wrote the award-winning Lonely Planet Turkey guidebook for 10 years, which gave her the opportunity to travel all over the country and reside in a restored cave-house in Cappadocia. She has written a number of books including A Handbook for Living in Turkey. Carpetblogger, which has also waned off lately, is another widely followed witty blog, which coined the term "turknology."

There are two other popular bloggers, which have since moved on from Turkey but absolutely warrant a mention. Perking the Pansies is a popular comical narrative of Jack and Liam moving to Bodrum where they penetrate the active expat scene. Jack's successful and addictive blog was made into a book and a two-volume e-book. Jack Scott is now working on a new novel called Turkey Street: Jack and Liam's Bodrum Tales, which should be out by autumn. Being Koy is a popular and picturesque blog on moving from Pembrokeshire to the town of Kirazli in Kuşadası and running a boutique hotel and then returning to the U.K. eight years later.
Last Update: Jul 18, 2014 3:07 pm
RELATED TOPICS