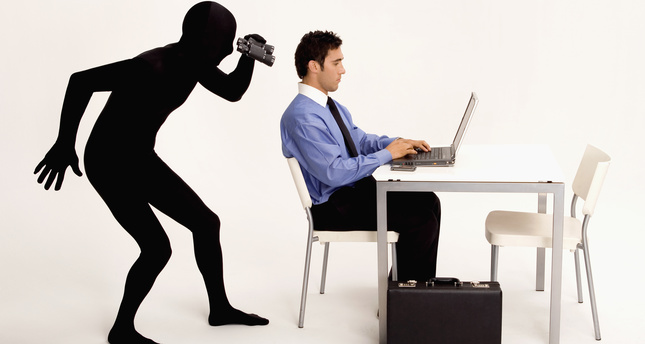 by Daily Sabah Nov 16, 2014 12:00 am
Many attribute the ubiquity of the Internet and the growing phenomena of social media as a leading reason for disappearance of privacy. Although it seems that we share our personal information only within a circle of friends on the Internet, this information is often also shared with governments and private third-party advertisers and almost all of our actions are tracked online. In a new major study conducted by the Pew Research Company, the growing disregard for privacy is having profound effects on Internet users in the U.S.

According to the results, 91 percent of American adults think they have lost control over how private information is collected and used by companies and 80 percent of those who use social media platforms such as Facebook and Twitter say they are concerned about the risk of advertisers and businesses collecting their private information.

Similarly, 81 percent of them have expressed insecurity about sharing private information on social media platforms with another trusted person or organization.

The report is based on a survey conducted in January 2014 among a sample of 607 U.S. adults, and "examines Americans' privacy perceptions and behaviors following the revelations about U.S. government surveillance programs by government contractor Edward Snowden that began in June of 2013," according to Pew. It is thought that the statements of Snowden have caused the betrayal of millions of people's trust in governments and Internet corporations.