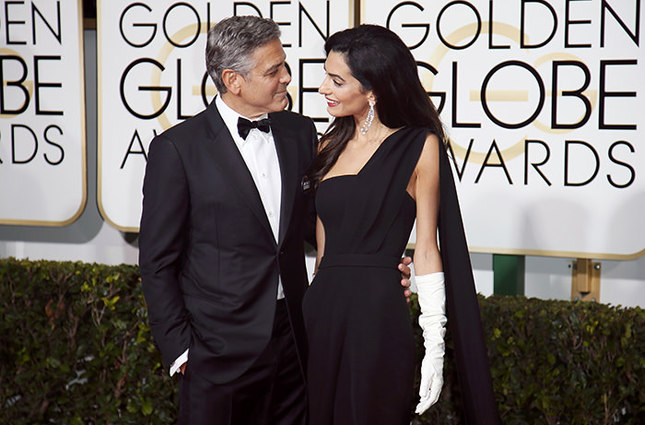 George Clooney, sometimes referred to as one of the most handsome men in the world, is on the verge of a divorcing his wife, the British-Lebanese international human rights lawyer, Amal Clooney (Alamuddin) according to celebrity rumors.

As one of Hollywood's most famous bachelors, Clooney made a surprise move by getting engaged in April 2014 and tying the knot on Sept. 27, 2014. However, according to InTouch magazine, the four-month-old marriage is reportedly ending in a $200 million divorce.

According to the report, the dispute is a result of fights between the couple over having a baby and Amal's jealousy over George's friendship with other women.

George Clooney, the handsome American actor and long-time bachelor, had previously made comments that he was not the "settling down" type. However, he had made efforts to change his reputation by publicizing his relationship with the renowned United Nations lawyer Amal Alamuddin, and publicly praised her at every opportunity.

George Timothy Clooney, born May 6, 1961, has worked as a writer, producer, director and activist besides being an actor. He has received numerous awards for his work, most famously three Golden Globe Awards and two Academy Awards among many others.