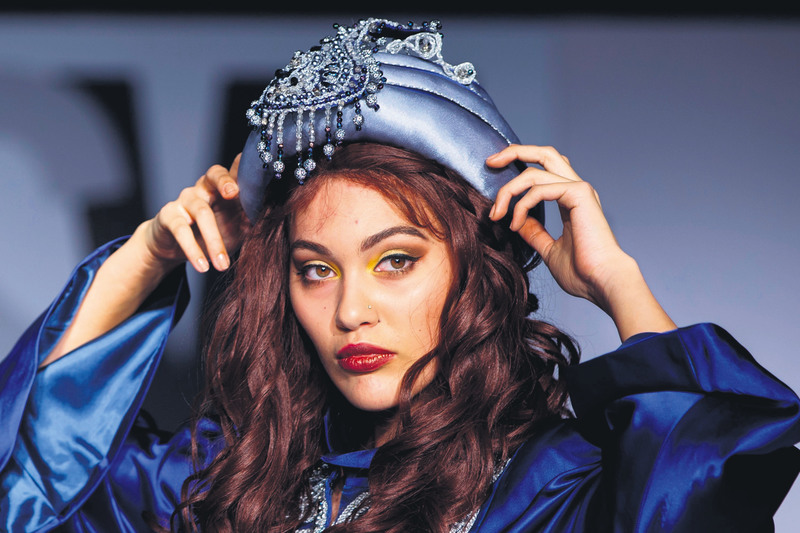 by Anadolu Agency
Mar 07, 2015 12:00 am
Ottoman-era kaftans and attire appeared at the "Ottoman Fashion Show" at the Quy Mill Hotel in the U.K. As a part of the "3rd Cambridge Style Week," Emirhan Yorulmazlar, Turkey's ambassador to London, and a descendant of the Ottoman sultans, Mahmud Namık Osmanoğlu along with his wife Genevieve Robson Osmanoğlu, participated in the event along with other Turkish and English guests. With the support of the Turkish Embassy in London, the fashion show took place in three different sections. The first was exclusive to the traditional wedding dresses in Anatolia, while English fashion models appeared in kaftans and other Ottoman attire in the second section. The Cambridge-based designer Yasemin Biricik introduced her latest collection, which blends modern and Ottoman motifs, during the last section of the show. Underscoring the interest in historical clothes, Yorulmazlar said the event is important for the country's promotion and received the support of the embassy, the Ministry of Culture and Tourism and the Turkish Airlines. "I am proud to see that the rich culture of Turkey has been introduced to British citizens. We should give more effort to represent our country in the international arena," he said. Speaking to an Anadolu Agency correspondent, Osmanoğlu expressed his gratitude for the support of Ottoman culture and Turkey. "It is exciting to see unique Ottoman attire at this show. Such costumes are generally displayed at museums. I feel happy to see them on English models," he said. His wife agreed that historical Ottoman pieces are not shown abroad as much as they should be. The event's creative director, Berrin Bugay Lawler, said the centuries-old kaftans and clothing should be seen as a work of art. The costumes were brought from the Istanbul Refia Övüş Advanced Technical School for Girls after receiving official consent.
Last Update: Mar 07, 2015 2:13 am