World to switch off to raise awareness about natural resources 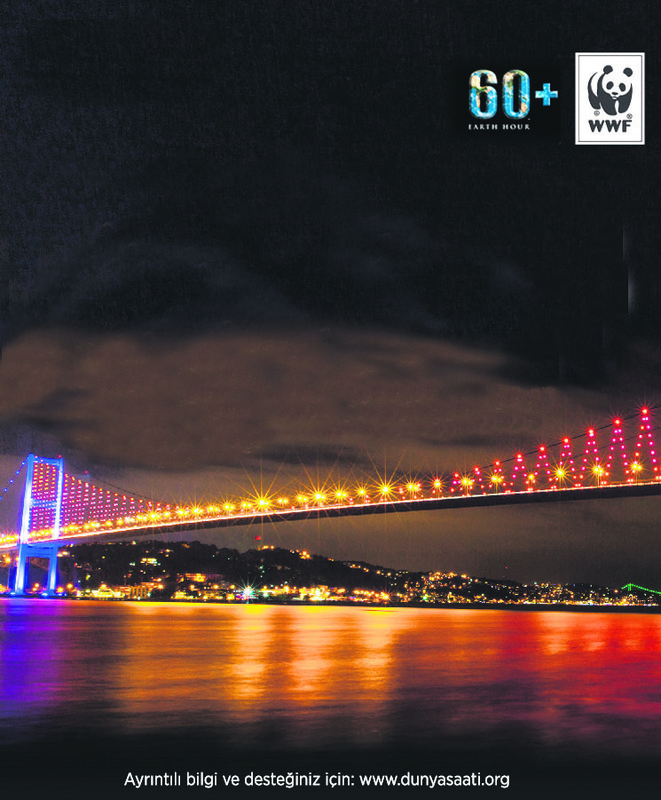 by Zeynep Esra İstanbullu Mar 26, 2015 12:00 am
Organized by the World Wildlife Fund (WWF) since 2007, Earth Hour is a global annual event where hundreds of millions of people switch off their lights for one hour to show that they care about our planet. As part of the event that will take place simultaneously around the world on March 28, between 8:30 p.m. and 9:30 p.m., lights around the world will be turned off for a better future. The natural resources of the earth are not infinite and global climate change has become a major threat thanks to environmental pollution that increases by the day.

The alarming picture points out that we should all take responsibility for a better and brighter future. Earth Hour, which began in Australia in 2007 under the stewardship of the WWF, became an annual event in 2008.

The organization is a huge environmental movement that can mobilize many around the world, with some 2 billion people possibly taking part. Earth Hour aims to raise awareness of the unconscious consumption of natural resources, global climate change and all the other environmental problems that our planet faces, and encourage people to dream of a sustainable life. In 2014, over 400 institutions from Turkey participated in the Earth Hour event and supported the global campaign by turning the lights of 17 buildings off for an hour, including the Topkapı Palace, Dolmabahçe Palace, the Hagia Sophia Museum, Süleymaniye Mosque, the Bosporus and Fatih Sultan Mehmed bridges.
Last Update: Mar 26, 2015 2:07 am
RELATED TOPICS