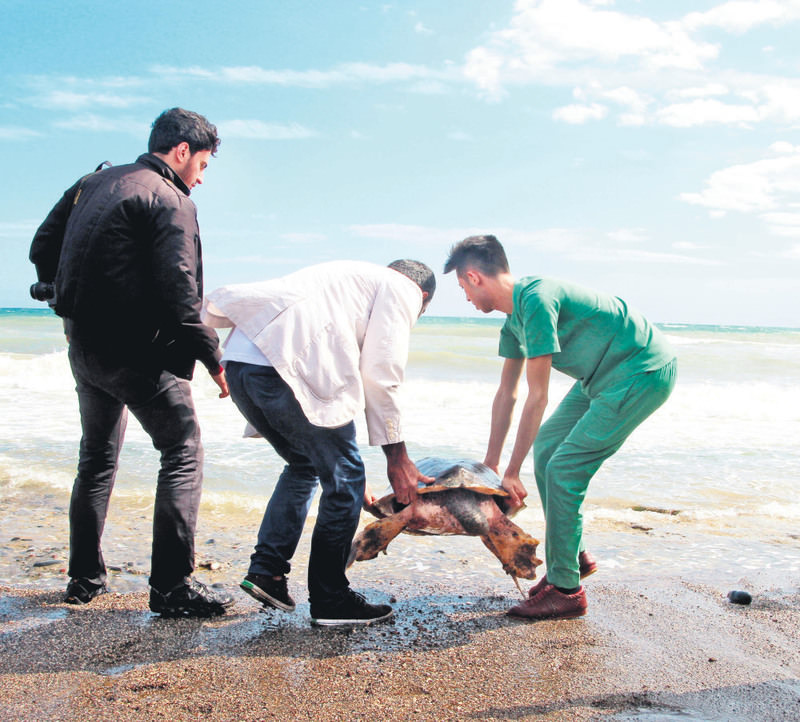 by daily sabah Apr 06, 2015 12:00 am
Three longhead sea turtles, also known as caretta carettas, found injured on the coast of southern Mersin province two years ago were returned to the sea following intensive treatment at the Sea Turtle Research Rescue and Rehabilitation Center. One of them was previously diagnosed with intestinal infection, while the second one suffered from cold shock and the third one was found with trauma.

Speaking before they were set free, Etem Boz, the regional director of the Forestry and Water Affairs, said rescue centers offer treatment to injured, ill or handicapped caretta carettas, making an important contribution to the natural lifecycle. Since 2010, the Mersin-based rescue and rehabilitation center has provided health services to sea turtles. "This is the second rehabilitation center after that established in Muğla's Dalyan district.

So far 27 sea turtles received treatment, 16 of them have been returned to their home," Boz said. The rehabilitation center currently hosts two other caretta carettas. "We are happy to bring them to the sea prior to the nestling season starting on May 15," he added. The center gives necessary efforts to protect animals under the risk of extinction.

Professor Serap Ergene, the head of Mersin University Sea Turtles Application and Research Center said they are excited to save caretta carettas. Along with citizens and students, Abit Baca, the regional director of the Provincial Forestry Affairs and Ahmet Çörtük, the branch director of Nature Protection and National Parks participated in the ceremony taking place at the Yüzüncü Yıl Nature Park. Those who attended the event took photographs of the sea turtles.
Last Update: Apr 07, 2015 10:17 am
RELATED TOPICS