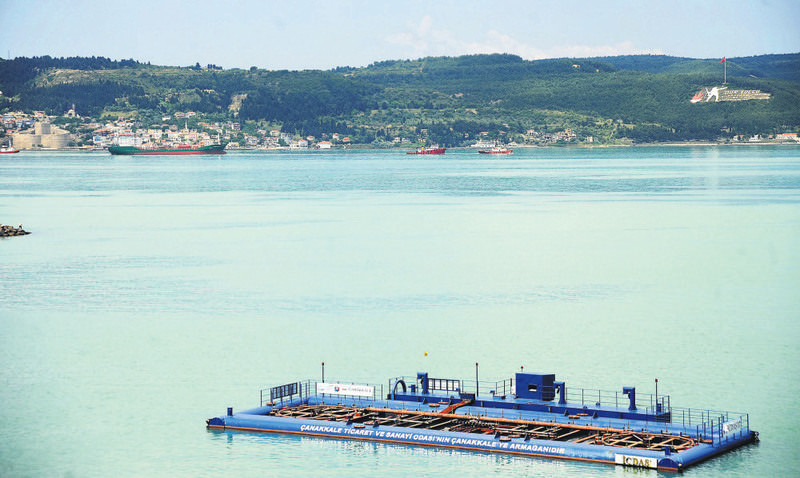 by Anadolu Agency Jun 05, 2015 12:00 am
The excessive amount of phytoplankton in the Marmara Sea and the Dardanelles is causing the color of the sea to change. Associate Professor Muhammet Türkoğlu of Çanakkale Onsekiz Mart University's Faculty of Marine Sciences and Technology told an Anadolu Agency (AA) correspondent the color change in the sea originated from phytoplankton – photosynthetic, single-celled organisms that are green due to the chlorophyll in their cells. Explaining that they are not always the sole cause of coloring in the sea, Türkoğlu said, "Known as harmful algal blooms (HABs) in scientific literature, they can turn the sea different shades of green, just like in the Marmara Sea, as well as red, brown and white."

He said many of the ecological systems in the world are being polluted and the seas cannot handle the pollution, as the amount of industrial and universal waste increases. "This phenomenon is usually observed in bays, gulfs and specific harbors; however, now we see them covering large marine systems such as the Marmara Sea. Also, the duration of the phenomenon increases," he said. He added that the coloring in the sea used to occur for a day or two when the phytoplankton would reproduce, but the one in the Marmara began on May 17 and is still continuing. "We expect this coloring to last until mid-June," Türkoğlu said.
Last Update: Jun 05, 2015 11:30 am
RELATED TOPICS