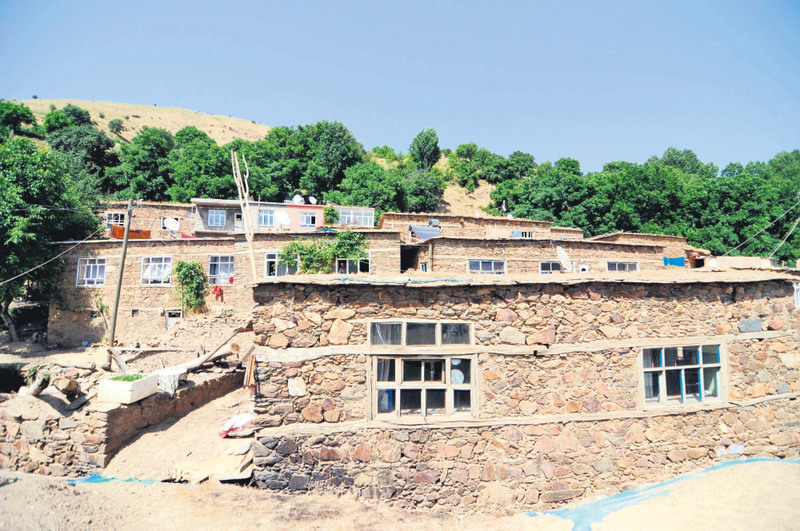 by Anadolu Agency Jul 08, 2015 12:00 am
The residents of the village of Çayır, located 38 kilometers from Bitlis's Hizan district, stand out for their sensitivity to the environment and human health. The village, which has 25 houses does not allow people to smoke or eat garlic within its borders. Moreover, the former head of the village, Etem Erdoğan, launched a campaign when he was elected 25 years ago and encouraged villagers to breed animals outside the village in order to prevent unpleasant smells around the village.Following Erdoğan's campaign, all animals were moved to barns located outside the village. Moreover, after the smoking ban, villagers try to stay away from the habit.

Speaking to Anadolu Agency (AA), Erdoğan, explained that they cherish maintaining a healthy life in their village and said people like to avoid unpleasant smells that they are uncomfortable with.

Erdoğan also said that nobody has smoked cigarettes or eaten garlic for a long time. "Our village, which features 25 houses, is very clean, which makes it different from other villages. We do not smoke or let other people who visit our village or houses smoke either. We try to keep young people away from smoking cigarettes," he said.

Erdoğan also said that they do not breed cattle within the village. "Our village is very clean. We take every precaution to keep it that way. We breed other animals outside the village. Moreover, nobody eats raw garlic, as some people find its smell unpleasant. We do not make women work in the fields. They only attend to the daily chores in the house," Erdoğan continued.

Sevda Erdoğan, who came to the village five years ago from Siirt, said that Çayır village has very beautiful traditions. Saying that she was very surprised to see that the men of the village work in the fields, she said: "I have been living in this village for the last five years. Nobody eats garlic or smokes. As the smell coming from the cattle causes discomfort, we do not breed cattle here. Women do not work in the fields or gardens. Men in the village even milk the cows. We women only attend to the house and the children. Those who come to the village as brides are very lucky. It is very comfortable to live here."
Last Update: Jul 08, 2015 8:26 pm
RELATED TOPICS