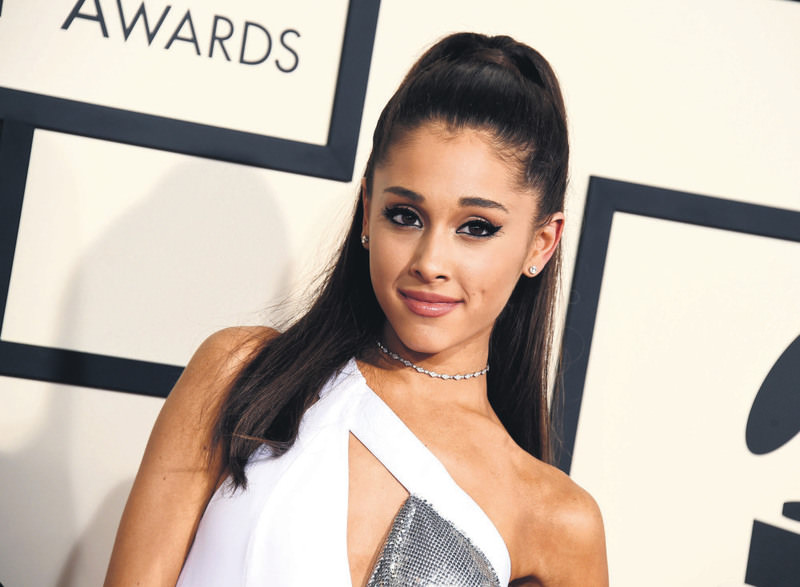 by Associated Press Jul 10, 2015 12:00 am
Police said Wednesday they were investigating video that appears to show Ariana Grande licking doughnuts at a shop in California. Earlier, Grande apologized for saying "I hate America" in the same video.

Police in Lake Elsinore, California, where the doughnut shop is located, said they and Riverside County public health officials were investigating the video, which appeared to show the 22-year-old singer and a man with her "maliciously lick" the doughnuts.

Mayra Solis, 22, a cashier on duty at Wolfee Donuts when Grande went into the store, said the singer didn't purchase any of the doughnuts she licked.

"She was really rude," Solis told The Associated Press.

Earlier Wednesday, Grande said in a statement to the AP that she's a proud American.

"I am EXTREMELY proud to be an American and ı've always made it clear that I love my country. What ı said in a private moment with my friend, who was buying the doughnuts, was taken out of context and I am sorry for not using more discretion with my choice of words," the statement read.

in the video posted Tuesday by TMZ, Grande says "What ... is that? I hate Americans. I hate America" when a tray of doughnuts appears in front of her.

Grande said she chose to express herself as she did because she leads a healthy lifestyle and is upset with "how freely we as Americans eat and consume things without giving any thought to the consequences."

"The fact that the United States has one of the highest child obesity rates in the world frustrates me. We need to do more to educate ourselves and our children about the dangers of overeating and the poison that we put into our bodies," she said. "However I should have known better in how I expressed myself; and with my new responsibility to others as a public figure I will strive to be better."

Asked about the police investigation, Grande's representatives said she would not have further comment.

Grande also announced Wednesday that she would not perform at the MLB All-Star Concert on Saturday. She said it had nothing to do with the leaked video.

"As for why I cannot be at the MLB show, I have had emergency oral surgery and due to recovery I cannot attend the show," she said. "That being said let me once again apologize if I have offended anyone with my poor choice of words."
Last Update: Jul 10, 2015 9:27 pm
RELATED TOPICS