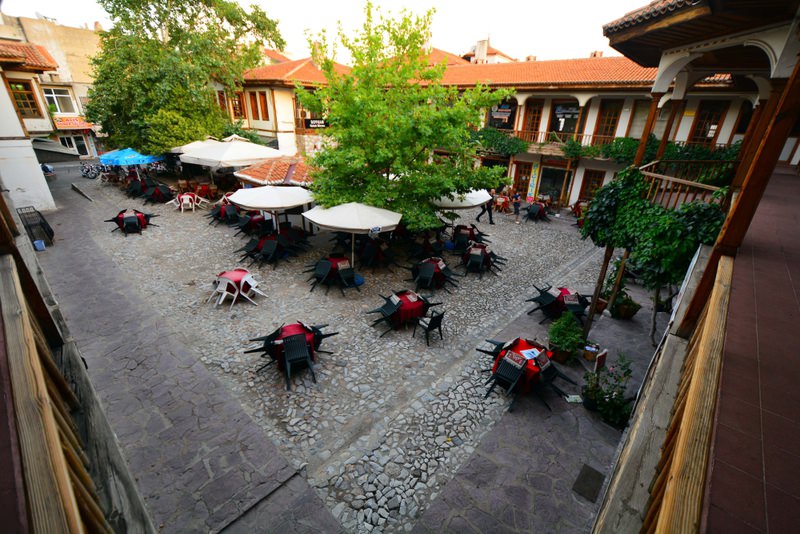 by Daily Sabah with AA Jul 19, 2015 12:00 am
Menteşe village in Muğla, which has been the home of many civilizations for centuries with its historical taverns and unique wooden architecture, wants to have a significant place in cultural tourism. Since Muğla became a metropolitan city, Menteşe village has been its central village. The name of the village comes from Menteşe Beylik, who ruled the city for some time. In the last few years, especially after the governorship and municipality renovated historical buildings, the village began to draw the attention of movie- and TV series- makers with its natural places, which can now be used as movie sets. The finest examples of houses in Menteşe, which is situated on the foothills of Asar Mountain and ruled by Caria and Lycia civilizations, can be seen in the Saburhane Square.

Bahattin Gümüş, the mayor of Menteşe, said in a statement to Anadolu Agency that the village is a rare location for its well-preserved urban, archaeological and natural protected areas. He said Menteşe is a very rich village for cultural values. The village center has some of finest architectural examples. With the project carried out by the Muğla governorship and metropolitan municipality, the historic Arasta and Zahire bazaars, which have a significant place in the village's identity, were renovated and became a part of Menteşe's long-rooted culture.

With the project, houses in the Gümüş and Saburhane neighborhoods will become boutique hotels, and restaurants will serve home meals. Gümüş also said this project is not only important for Muğla but also for the future of Menteşe village. The village is known for its historical places and natural beauty, and these are the main things that attract movie- and TV series- makers. The first filming started with the TV series "Büyük Yalan" (The Big Lie) at İskender Alper Cultural Center, and now it continues both in the village and near-by districts. "Now, Türkan Şoray, a very famous Turkish actress, is in our village for her movie. She will both direct the film and star in it. The movie, which is being shot at the village center, will then be set in the Yeşilyurt neighborhood. With such initiatives, many visitors come to the region to see the places where different movies and TV series are shot," he said.
Last Update: Jul 19, 2015 9:55 pm
RELATED TOPICS