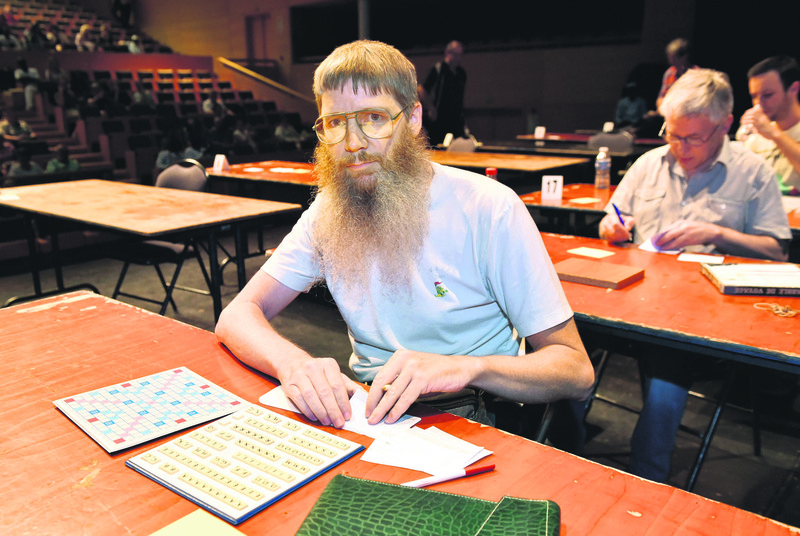 by Jul 22, 2015 12:00 am
Scrabble lovers tend to use similar words when describing Nigel Richards, the New Zealander who this week won the word game's francophone world championship even though he cannot speak French. "Freak" comes up a lot, along with "elusive," "enigmatic" and, the highest-scoring of all, "amazing." He is also, ironically, described as "a man of few words."

The 48-year-old claimed the title in Brussels after memorizing virtually the entire francophone Scrabble dictionary - then needed a translator to thank the audience.

A rival New Zealand Scrabbler once said Richards was "like a computer with a big ginger beard," while Malaysian tournament organizer Michael Tang has called him "the Tiger Woods of Scrabble."

"Nigel's a word freak," said John Baird, secretary of New Zealand's Christchurch Scrabble Club, where Richards began playing competitively 20 years ago. "He is already recognized as the best Scrabble player in the world and this [francophone win] certainly cements that position."

A trained engineer, Richards reportedly began playing Scrabble at 28 at the request of his mother, who was frustrated that his photographic memory was making their card games too one-sided. But he proved dazzling at the word game, even though he favored mathematics at school and was never much of an English student.

"My understanding is that Nigel can look at a page and retain the whole thing, it sticks like a photograph," Baird told Agence France-Presse (AFP). "On top of that, he's obviously got a very good ability to mix up the letters and see the word possibilities."

Rather than likening Richards to Tiger Woods or Roger Federer, Baird feels the great chess masters are a more valid comparison. Like many of them, he appears awkward in the spotlight, refusing interview requests and sharing little of his personal life. He moved to Malaysia in 2000, with New Zealand media reports saying he was offered an IT-related job by a Scrabble aficionado. He is believed to be single and live a simple life as he travels the world competing in Scrabble competitions, keeping largely to himself, with bicycling as his only known hobby.

His bushy beard is more grey than ginger now, but the bespectacled eccentric remains number one on the World English-Language Scrabble Players Association ratings after amassing 1,927 victories from 2,549 games, a winning percentage of 75.59.

"He's a very elusive character," Baird said. "I think the American press gets very frustrated with him when he wins over there because he's a man of few words. He only comes out with one or two word answers, which is completely ironic."
Last Update: Jul 22, 2015 11:37 pm
RELATED TOPICS