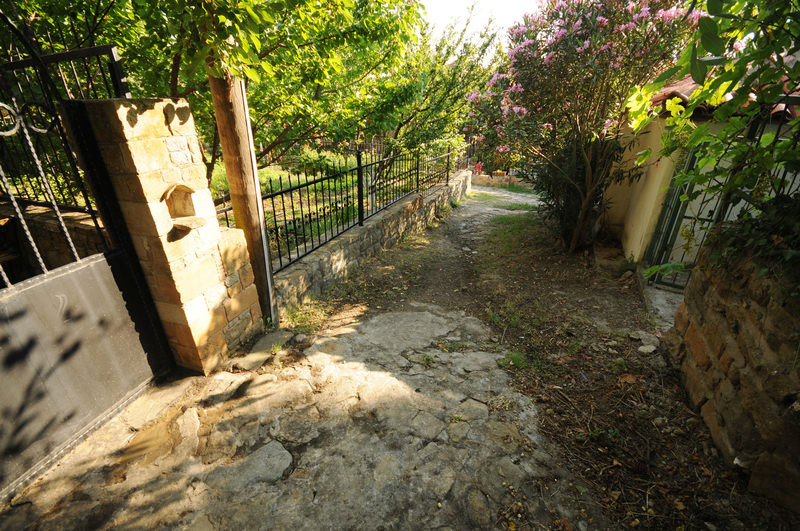 by Daily Sabah Jul 27, 2015 12:00 am
Queen Valentina Road was built in the 1440s on Gökçeada Island off the coast of Çanakkale by the ruler at the time. Over time, it was buried due to neglect, but has now been restored by the government and opened to visitors. Gökçeada Mayor Ünal Çetin said, "This road connecting Upper Kaleköy and Lower Kaleköy to the sea and the harbor is now open to the public. Now it can be said that everyone in this village is a 'queen.'" He added that the island has a history that dates back around 8,500 years. Çetin said thanks to the excavations conducted by Hacettepe University's Department of Archaeology, they have gained detailed information about the island's history, such as the fact that Gökçeada has hosted many different cultures and civilizations.

The mayor emphasized that they were aiming to unearth the historical and cultural treasures in order to educate people and put them to use. According to Çetin, "Queen Valentina Road was first used by the Genoese. After the Genoese, the road was built by the ruler of the region, Palamede Gattilusio, in honor of his queen, Valentina, in 1440s. Valentina used this road every time she was going to the sea from her home. Also, every time she came to Gökçeada, she was greeted with flowers and a ceremony at the harbor as well as along the road, which is a crucial artifact for our region. Because of rain, garbage and neglect, it was not suitable for use. The municipality has restored, unearthed and illuminated it." Moreover, Çetin said they have restored the little shop next to the road and turned it into Valentina Cafe.
Last Update: Jul 27, 2015 10:41 pm
RELATED TOPICS