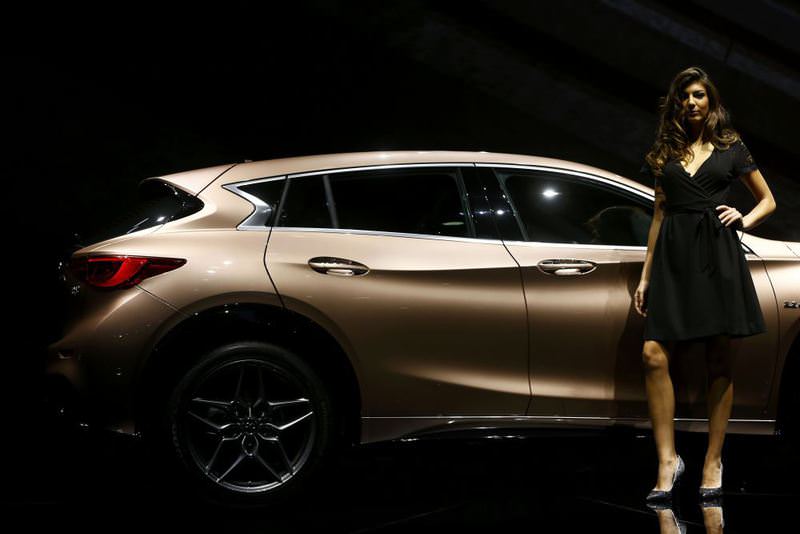 One of the most important auto fairs of the world, the Frankfurt Motor Show, opened on Tuesday. Although the economic slowdown afflicting China – the world's biggest auto market – concerns producers, the show promises 210 world premieres and an amazing display of innovations from 1,100 exhibitors from 39 countries

Car enthusiasts and professionals are headed to Frankfurt this week to the IAA auto show as the industry emerges out of long crisis in Europe, but warily eyes slowing demand in China.

The organisers, the German carmakers' association VDA, said the IAA's 66th edition promises 210 world premieres and an "amazing display of innovations" from 1,100 exhibitors from 39 countries.

The biennial event, which alternates with the Paris auto show, is held in Frankfurt's gigantic trade fair exhibition, a space the size of 33 football pitches. The world press will get a sneak preview on Tuesday and then industry professionals will have the grounds to themselves for two days before it is open to the public on Saturday.After long years of crisis, the automobile industry finally has something to smile about as demand picks up again in Europe, where new registrations increased by 8.2 percent in the first six months of this year.

The European Automobile Manufacturers' Association ACEA, scheduled to publish new data on Tuesday, is pencilling in growth of around five percent for the whole year.

But that increase will not be sufficient to return the industry to annual sales in Europe of 16 million units that it had seen before the 2008-2013 crisis cut the market by around a quarter. "Even if we're starting from very low levels, it's still encouraging to see the market recover," driven by double-digit growth in southern Europe, said Stefan Bratzel, director of the Center for Automotive Research CAM. But it is not just Europe: the sector's new-found health is evident in North America, too, with demand near record highs.

By contrast, emerging economies such as Brazil and Russia are mired in recession.

But China, where years of double-digit growth turned it into the world's biggest automobile market, has been hit with a brutal economic slowdown, and demand is projected at just three percent this year.

At the IAA, "China is going to dominate, even if it is true to say that Europe is emerging from its trough and on the road to improvement again," said Yann Lacroix of Euler Hermes.

Volkswagen, which is set to overtake Toyota as the world's biggest carmaker this year, generates 36 percent of its sales in China, just ahead of US rival General Motors' 35 percent.

But foreign joint ventures in China have lost ground to wholly-owned Chinese makers, whose products are frequently cheaper.

Nevertheless, industry experts point out that the market penetration is still very low in China, so the demand is likely to continue to grow in the medium term, even if at a less profitable rate for foreign makers.

Among the new models on display at this year's IAA, Renault's Megane 4 and Opel's Astra 5 will both be vying for attention. The French carmaker will unveil a new version of its Talisman, while German top-of-the-range maker Audi will present the next generation of its A4.

For those opposed to the fuel-guzzlers, there are more ecologically-minded models -- particularly interesting for drivers in Europe, which already has the most stringent transport CO2 emission goals in the world and could see them tightened at the COP21 summit in Paris in December.

Toyota has chosen Frankfurt to lift the veil on the fourth generation of its flagship hybrid, Prius. BMW will also present a series combining both electric and petrol engines.

Another key focus at this year's IAA will be exciting new technologies such as automated driving.

For the first time, around 30,000 square metres (323,000 square feet) of exhibition floor space will be given over to new forms of mobility, from the connected to the self-driving car.

General Motors (GM) is planning 29 new models for its European subsidiaries Opel and Vauxhall up to 2020, chief executive Mary Barra announced in Frankfurt on Tuesday as the biannual IAA motor show was getting underway. "Between 2016 and 2020 we will bring a total of 29 new Opel/Vauxhall vehicles onto the market," Barra said on the first media day of the Frankfurt Motor Show.

There are plans for an electric car and a sporty SUV to go alongside GM's Insignia.
RELATED TOPICS