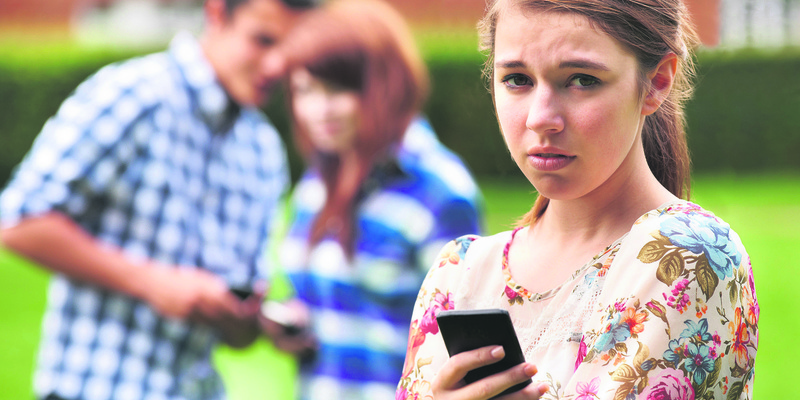 There has been an increase in parents complaining of cyberbullying, which is online harassment often conducted via social media platforms. Education professionals have advised new measures should be taken against cyberbullying, including digital media education

The National Education Ministry changed the regulations regarding cyberbullying, which refers to bullying through digital technologies, that is targeted at other students and teachers. Such behavior, which is considered a cybercrime by law, is now featured in secondary education institution regulations. Apart from these changes, the ministry also decided to adopt a course of action regarding the use of smartphones and other technological devices. Parents and students are usually informed about changes to cyberbullying regulations when educational institutions make a decision. Moreover, studies show that one in every four students in Europe is subjected to cyberbullying. It is necessity that students and parents in Turkey should be informed and educated on this matter.

Instead of branding social media and the Internet as a "boogie man," authorities should offer sufficient and frequent education for students, teachers and parents. Social networks such as YouTube and Facebook can be used efficiently in education. The joint initiative of CeBIT of Türk Telekom and Uğur Collages, Uğur Raunt, is a good example of the use of the Internet for secondary education. Tonguç Academy, which is broadcasted via YouTube, is an education channel with thousands of subscribers. As the videos shared on Tonguç Academy's channel are interactive and brief, the impact of the channel is very effective. Khan Academy is also a good example among international educational institutions. The academy, which is carrying out joint programs with the National Education Ministry, aims to improve its students' science and mathematics abilities.

Parents do not keep tabs on children

A large majority of Turkish parents do not keep tabs on their children's behaviors on social media. Parents who do not check on their children's smartphone or social media behavior are facing problems during their children's schooling. The statements and language our children use with their friends and teacher might cause them to violate a disciplinary rule. Students sometimes forget that the things they share online might cause some problems. As they do not receive any warning either from their parents or the school authorities, they see their actions and behaviors as jokes. They share abusive statements or content online thinking that they are not held responsible for their online actions. Most of them think that they cannot be identified from their nicknames and find courage to cyberbully others. However, the important thing is that children who cannot express themselves face-to-face believe they can draw attention to the statements they make online via the anonymity of their nicknames.

Teachers in Turkey as well as rest of the world are exposed to cyberbullying the most. Students post abusive content about their teachers under nicknames. As the sources of these verbal attacks are not often confirmed, the abuse continues. It is a mystery how the National Education Ministry will react to this. However, there are also teachers who use social media to help and support their students.

Reprimand for using cellphones without permission

Upon the new regulation for secondary schools, students will be held responsible for their social media use. When the complaints of students and parents increased, the National Education Ministry announced an amendment to the regulation. Students will be punished for using cellphones or tablets without permission and also cyberbullying through social media. The punishment will include four actions: Reprimand, school transfer, suspension from school for between one and five days and cancelling their right to formal public education. Here are the punishable actions: Using technological devices for unacceptable purposes, disrupting class and distracting themselves with social media or the Internet without the knowledge of the teacher. The new regulation is not against the possession of Internet-connected devices, but specifies punishment if they are used without permission.

There are certain unfavorable behaviors that are punished through suspension from school for between one to five days. Insulting school staff or students through social media and encouraging others to do so and harming the education system or school staff through Internet platforms are punishable by suspension. Additionally, inflicting serious material and moral damage to school staff through social media or other technological devices is punishable through school transfer. If social media or technological devices are used for producing or distributing immoral, dividing, violent and disruptive content, then the person's right to formal public education is cancelled.
No role model for students

Some social media apps are used for a good cause instead of threats and danger. The exemplary content and projects that students share online should be highlighted. The content that is shared online is actually a reflection of the failure of formal education and the lack of student responsibility. The attacks that are done via aliases can be prevented by making students attend social media trainings more regularly.

Social and digital media literacy is a must

Regarding the new regulation, İsmail Hakkı Polat of Kadir Has University's Faculty of Communication said some changes to the new regulation have been criticized, as they are said to limit the individual freedom of students. Polat said the regulation deals with cyberbullying on social media, which has become more common among students. "When we look at the current landscape, the most important deficiency is social media ethics and social media literacy trainings. These two subjects should be a priority," he said. Polat believes that more positive results can be achieved with training that empathizes with students and aims to teach students responsible social media habits. "To achieve this, we need teachers who know the dynamics of social media and the digital world. Teachers should be trained with a multi-disciplinary approach," Polat said.
One in four students suffer from cyberbullying

According to a Kaspersky Labs report, cyberbullying has become an important problem. To illustrate, one in every four children aged between 12 and 17 in Europe has been exposed to cyberbullying. The results can be very serious; children can turn into withdrawn individuals and socialize less with their peers. They can also behave rather aggressively, negatively affecting their success in school. In worse-case scenarios, they even can harm themselves and either attempt or commit suicide.