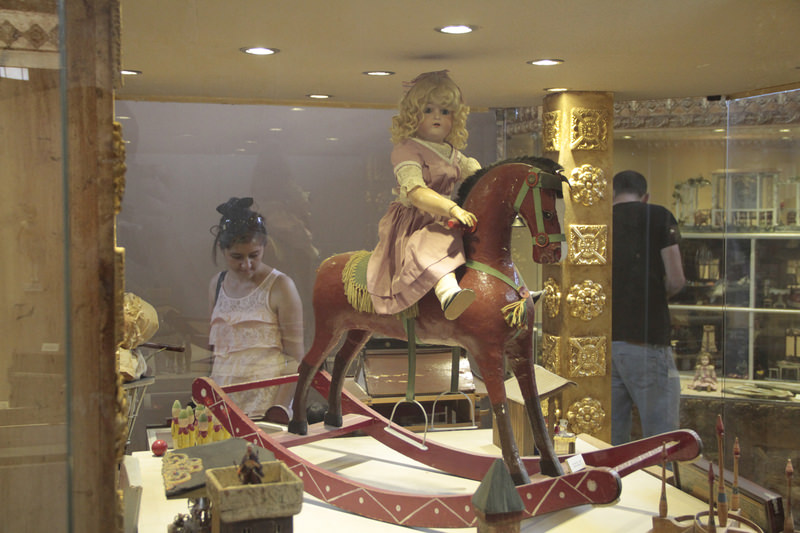 by daily sabah
Oct 13, 2015 12:00 am
The toys displayed at the Gaziantep Toy Museum come from countries around the world, and each carries a different story. Founded two years ago in historic Antep house, the Gaziantep Toy Museum showcases 650 different toys all manufactured between 1700 and 1970. The museum caters to visitors of all ages and takes you on a journey through history.

Speaking to an Anadolu Agency correspondent, museum attendant Sevda Mutlu said some toys have stories that make people both laugh and cry at the same time. Mutlu said that some of the toys, for example, reflect the negative atmosphere of the period when they were manufactured. She said German women sold their hair to toy makers to provide a living for their families during World War II. Saying that the hair of the dolls featured at the museum were made of real human hair, Mutlu continued: "During war time, poor women grew their hair and sold it to wealthy families to maintain their living. Wealthy families made dolls for their children using this hair." Mutlu added that the smiles on the faces of visitors turn to frowns when they hear about the loss and sacrifice symbolized by the toys.