Oscar Pistorius to be moved from prison on Oct. 20 to house arrest 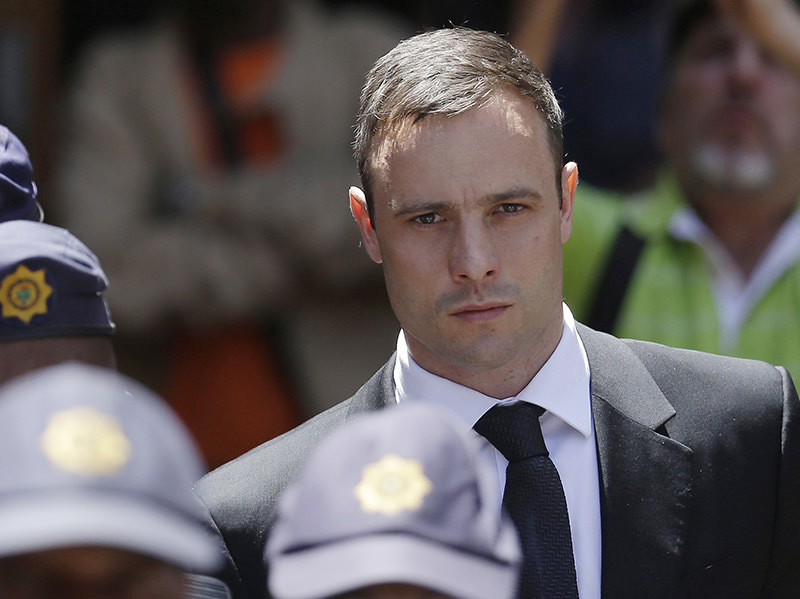 In this Friday, Oct. 17, 2014 file photo, Oscar Pistorius is escorted by police officers as he leaves the high court in Pretoria, South Africa (AP Photo)
by reuters
Oct 15, 2015 12:00 am
Oscar Pistorius will be released on parole on Oct. 20, about a year after he was sentenced to five years for killing his girlfriend Reeva Steenkamp, authorities said.

The department of correctional services said in a statement that Pistorius would be placed under house arrest from Tuesday.

The Olympic and Paralympic track star is behind bars in the capital, Pretoria, after being convicted last in September last year after a seven-month trial.

Pistorius was convicted of culpable homicide, the equivalent of manslaughter, after he fired four 9mm shots through a locked toilet door on Feb. 14, 2013 killing model and law graduate Steenkamp.

Pistorius, a Paralympic gold medalist, was due to have been released on parole in August after serving 10 months but Justice Minister Michael Masutha blocked his release, saying the parole hearing had been held prematurely.

At a globally televised trial Pistorius argued that he had mistaken Steenkamp for a burglar.

Prosecutors are appealing the culpable homicide verdict, arguing it should be murder because Pistorius must have known that the person behind the door could be killed. The appeal is due to be heard on Nov. 3.

Known as "Blade Runner" because of his carbon-fibre prosthetics, Pistorius became one of the biggest names in world athletics at the London 2012 Olympics when he reached the semi-finals of the 400m race against able-bodied athletes.
Last Update: Oct 15, 2015 4:08 pm