Vast Alpine glacier could vanish by 2100 due to global warming 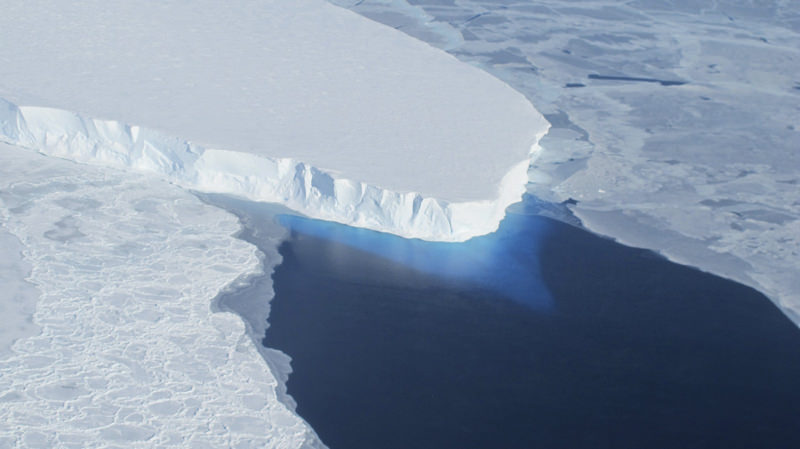 by reuters
Oct 16, 2015 12:00 am
One of Europe's biggest glaciers, the Great Aletsch, coils 23 km (14 miles) through the Swiss Alps - and yet this mighty river of ice could almost vanish in the lifetimes of people born today because of climate change. The glacier, 900 metres (2,950 feet) thick at one point, has retreated about 3 km (1.9 miles) since 1870 and that pace is quickening, as with many other glaciers around the globe. That is feeding more water into the oceans and raising world sea levels. It was only after I got down onto the ice, with spikes on my boots for grip and often roped to my guide for safety, that I appreciated the full scale of the glacier, on the south side of the Jungfraujoch railway station.

We could walk for an hour and not seem to advance across the vast field of ice, which snakes its way downhill striped by debris and rocks, scarred by crevasses and hemmed in by towering mountain peaks. And yet even the Great Aletsch glacier, the biggest in the Alps and visible from space, is under threat from the build-up of greenhouse gases in the atmosphere from factories, power plants and cars that are blamed for global warming.

Andreas Vieli, a professor who heads the University of Zurich's group of glaciology experts, said the Aletsch may lose 90 percent of its ice volume by 2100, with the lower reaches melting away. "My kids are going to see a very different scenery in the Alps," he said. And on the ice, Aletsch guide Richard Bortis said, "if I stay on the glacier for several days ... I can even see the changes myself." The glacier is a vast water reserve, important for irrigation and hydroelectric power. In mid-summer, the main sounds are of the occasional rockfall and of small planes buzzing overhead, taking tourists over the ice. The only sign of life is a few insects living in small melt water pools on the ice. For glaciers around the globe, from the Andes to Alaska, rising temperatures mean that the volume lost from the summer melt exceeds snows that replenish the glaciers' ice in winter. The Aletsch flows downhill at about 180 metres (590 feet) a year.

The World Glacier Monitoring Service says "the rates of early 21st-century mass loss are without precedent on a global scale" at least since measurements began around 1850. Representatives from almost 200 governments will meet in Paris from Nov. 30-Dec. 11 to try to agree ways to curb greenhouse gas emissions. The United Nations' panel of climate scientists says sea levels are set to rise by between 26 and 82 cm (10 and 31 inches) by the late 21st century, after a gain of about 20 cm (8 inches) since 1900, partly fed by water from melting glaciers. Rising oceans are a threat to places from San Francisco to Shanghai, to low-lying Pacific atolls and large parts of Bangladesh. Christian Pletscher, a 60-year-old Aletsch guide, has seen many changes over the years. Pletscher and his 19-year-old daughter recently stopped off at a refreshment hut near the Col de la Forclaz, a mountain pass close to the French border. "When I was her age, the Trient Glacier was about 500 metres from the hut," he said. "Now the glacier is a long, long way away." "When I look at the glaciers I think of my children," Pletscher said. "That scares me."
Last Update: Oct 16, 2015 2:31 am