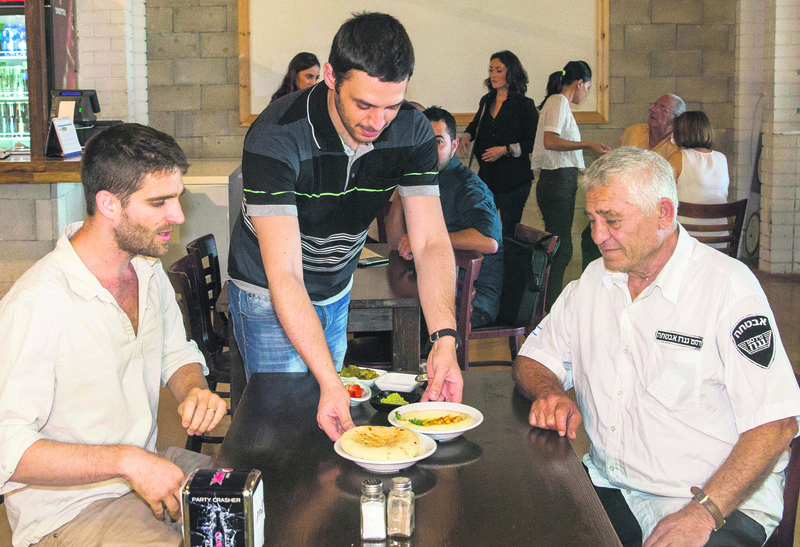 by French Press Agency - AFP Oct 26, 2015 12:00 am
Call it a pea-sized gesture, but an Israeli owner of a hummus restaurant cooked it up anyway.

Kobi Tzafrir, an Israeli Jew who runs the Hummus Bar in Kfar Vitkin near the Mediterranean coast, said he was offering 50 percent off for any table where Jews and Arabs sit together. It is a bid to encourage coexistence even in the most difficult times, with a wave of violence and unrest since the start of the month having raised fears of a full-scale Palestinian uprising.

Many Palestinians, Israeli Arabs and Israeli Jews weary of the violence would likely look at the effort with a great deal of skepticism. But Tzafrir said: "I heard and saw many cruel and harsh things from both Arabs and Jews in these difficult circumstances, and I saw the stress and tension. But I believe that we must live together." He said a number of groups had already taken advantage of the deal but did not give a number. At least one other similar effort has occurred.

In the old city of Acre in northern Israel, the owners of al-Marsa restaurant, Moussa Alaa and Marwan Sawaed, invited the owners of nearby Jewish restaurants to join them for dinner.

"Acre is a mixed city and the situation in the country affects Arabs and Jews," Sawaed told Agence France-Presse (AFP).

"We must live together for the solution. Sitting around a table eating and talking in a civilized manner is the best way to live a common life."