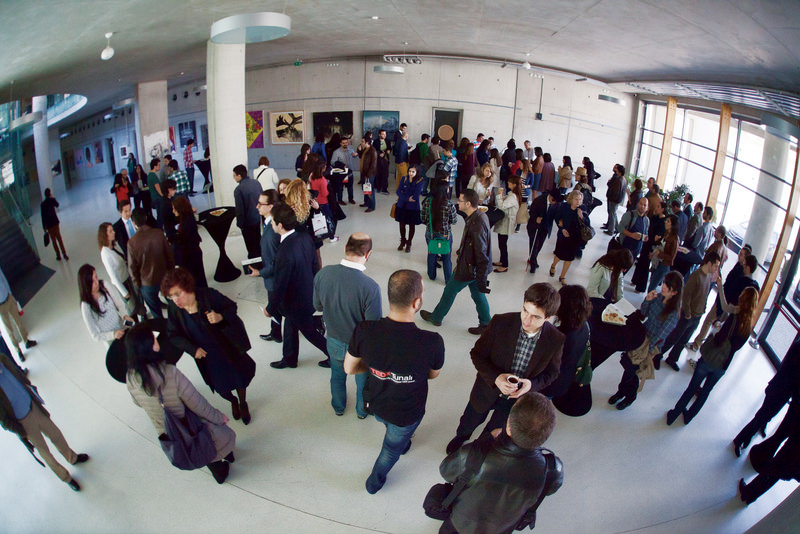 Global TED conferances bring together up to 1,200 of the world's most remarkable people across many fields, resulting in extraordinary insights and powerful inspiration.
by Anadolu Agency Oct 26, 2015 12:00 am

Turkish experts are engaged in pioneering work in the new field of understanding social perceptions, investigating how the views that our community imparts to us affect our motivations and actions

At an Oct. 17 event sponsored by the TED Conference, a non-profit group dedicated to the discussion of new ideas, Turkish experts talked about exploring and changing social perception. "Perceptions are the starting point to change ourselves and the world around us," said behavioral economist Bariş Urhan. For Urhan, understanding social perception involves the evaluation of common images, prejudices and ideas that lead to the construction of ideas, feelings and behavior in society.

"It is important that we have forums like this one where people can really think about what it means to communicate," U.S. Ambassador to Turkey John Bass said in his opening speech at the event. The U.S. Embassy in Ankara was one of the sponsors of the event, along with local companies, including Anadolu Jet and the World Economic Forum's (WEF) Global Shapers network in Turkey.

"We all perceive each other differently; particularly when language and culture come into play, that is even more challenging."

One of the experts presenting her work was Eser Mutlu, a yoga instructor and therapist who uses laughter to change social perception. Mutlu is not afraid of a challenge, so she has visited three prisons in Turkey since 2011 to try to change the perceptions of the inmates and those who work there. "Prisons have a grim atmosphere in which people rarely feel good about themselves or experience joy," Mutlu told the audience at the event. "So, it was the best place to test how laughter therapy can help change negative perceptions and bad feelings."

In the beginning, prisoners and guards did not respond to Mutlu's laughter therapy. "So, I asked them to fake it, even if they didn't feel like laughing," Mutlu said. "Pretending is the first step to changing perceptions." It worked, and attitudes started to change. Therapy sessions brightened the mood, and their grim feelings began to dissolve, Mutlu said. "They began to smile sincerely, and that led to them taking a more positive view of daily life." Mutlu uses the same kind of laughter therapy with cancer patients and at the Foundation for Children with Leukemia.

Artist Eşref Armağan has a unique authority to discuss perception. Born blind, he has been painting and drawing as a professional artist for 35 years. His work has been exhibited around Turkey and in several European countries. "You need to change your perceptions about yourself," Armağan said. "If I can do it, so can you." At the event, Armağan shared how re-exploring one's perceptions can provide new potentials.

He added that it is hard for him to stop drawing and painting "because I can feel the colors." "When I draw an apple, people ask me [surprised] if I drew it, then I understand that I have succeeded," he said.

With the inspirational motto "Ideas worth spreading," TED began in 1984 as an organization in which technology, entertainment and design converged, and today covers almost all topics – from science to business to global issues – in more than 100 languages. It has hosted and broadcast 13,000 live talks as well as independent TEDx events so far in 130 countries.
RELATED TOPICS