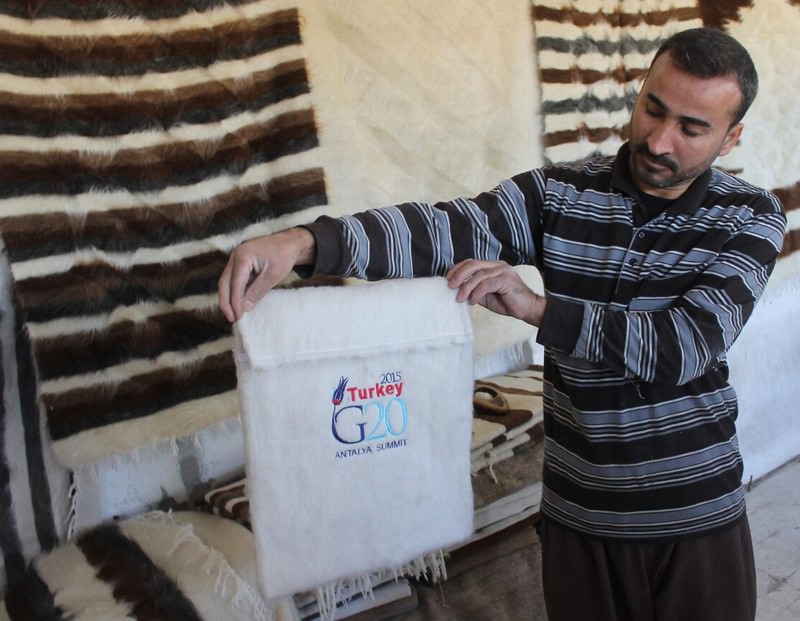 G20 leaders are in for a treat with goodies including the country's world-famous Turkish delight, local jams and mohair throw blankets to give them a taste of Turkey

Several announcements are made daily on ensuring the security and comfort of world leaders and their delegates during next week's G20 Summit, as the G20 presidency is also busy getting ready to treat expected guests with the best examples of Turkish culture. Welcoming leaders in the Belek resort district of southern Antalya province boasting a turquoise coast stretching along the city, the summit will feature hand-made designs as well as local tastes in different colors and flavors.

Turkish delight, also known as "Lokum" in Turkish, probably the country's most popular and renowned confectionary, will be offered in premium varieties to leaders during the summit. Pistachio Turkish delight will be available in 21 individually-wrapped packages. Necmi Alpagot, the CEO of the company preparing the confectionary, said in a statement that they can even deliver Turkish delight to the homes of guests upon request. "The world is suffering from many problems. I hope our products will make them happy. As a company with a century-old history, we have prepared the best kind of Turkish delight," he went on to say, stressing that Turkish delight is one of the things that can best reflect Turkey's food scene. Different varieties of Turkish delight can be found around the world, yet it was first invented by Hacı Bekir Efendi in 1777. Running a shop close to the Spice Bazaar, his invention won the heart of the Ottoman Palace and later other countries. The word "lokum" takes its origin from the Arabic word "rahat-ul hulkum" meaning "heal the throat." It was however the 18th century when an English traveler brought back home some of Hacı Bekir's delicious sugar cubes and coined the name "Turkish delight" as he cannot pronounce its Arabic name. 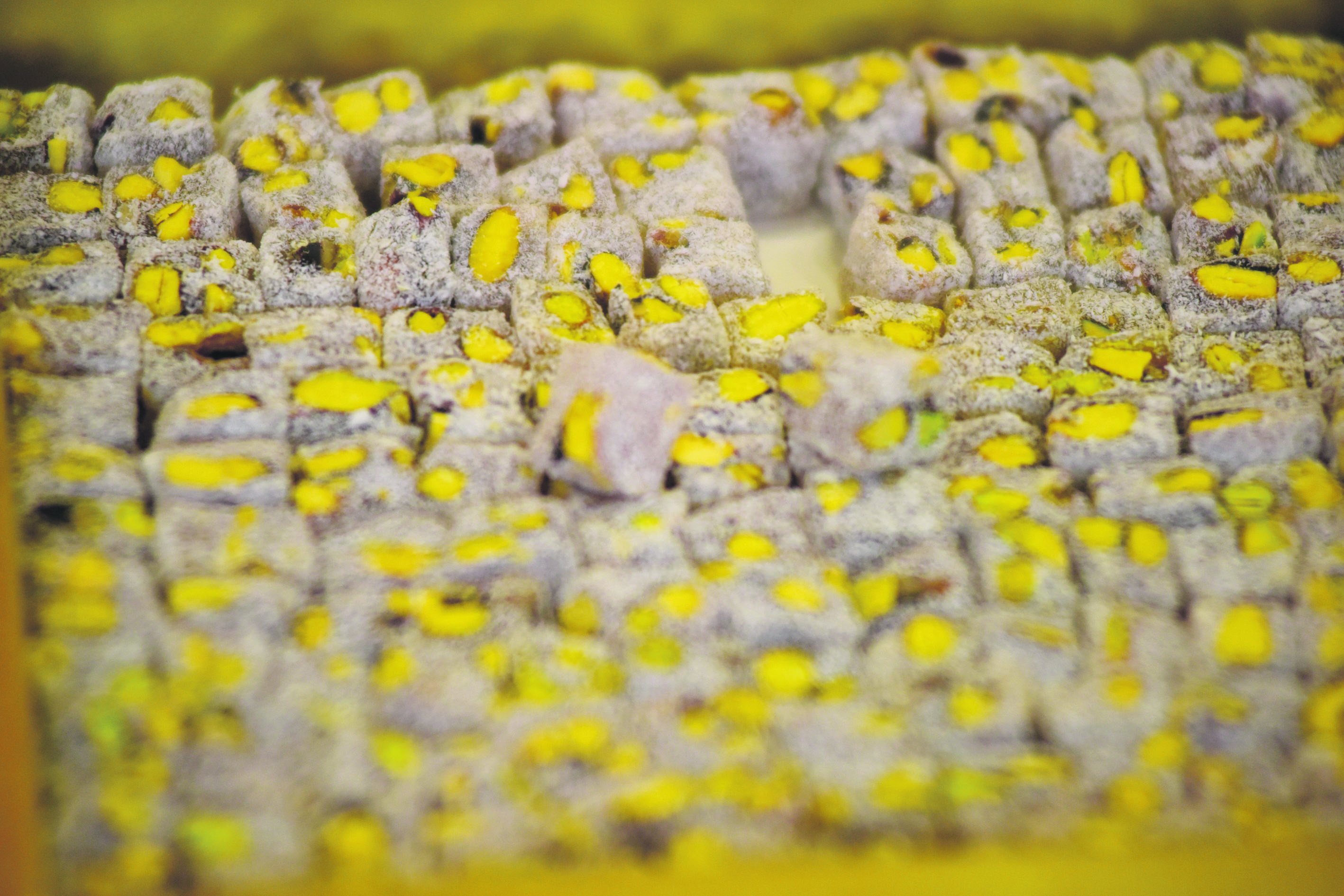 Bekir Efendi came up with Turkish delight after he improved an old mixture by starting to use starch and refined sugar. Containing a variety of nuts, almonds, walnuts and pistachios, it comes to our table in dozens of different flavors. From rose to coconut and cream to chocolate, Turkish delight is what every home needs when family members want to indulge and satisfy their sweet-tooth.The next sweet delight to be gifted by the G20 presidency will be the local jams of Turkey. As another local specialty, jams decorate Turkish tables every morning and are well accompanied with cream. Especially the country's southern and western regions are rich in jams made of different fruits and plants like bergamot and figs. G20 guests will receive natural orange peel, watermelon peel and eggplant jams. Villager women living in small towns generally prepare jams for the whole family. Also producing over 40 kinds of jams, Alpagot said the governorship and municipality contacted their firm to prepare Antalya's most-consumed jams for the guests. "We previously presented our jams to leaders of Turkey. I think world leaders would also like them," he said. 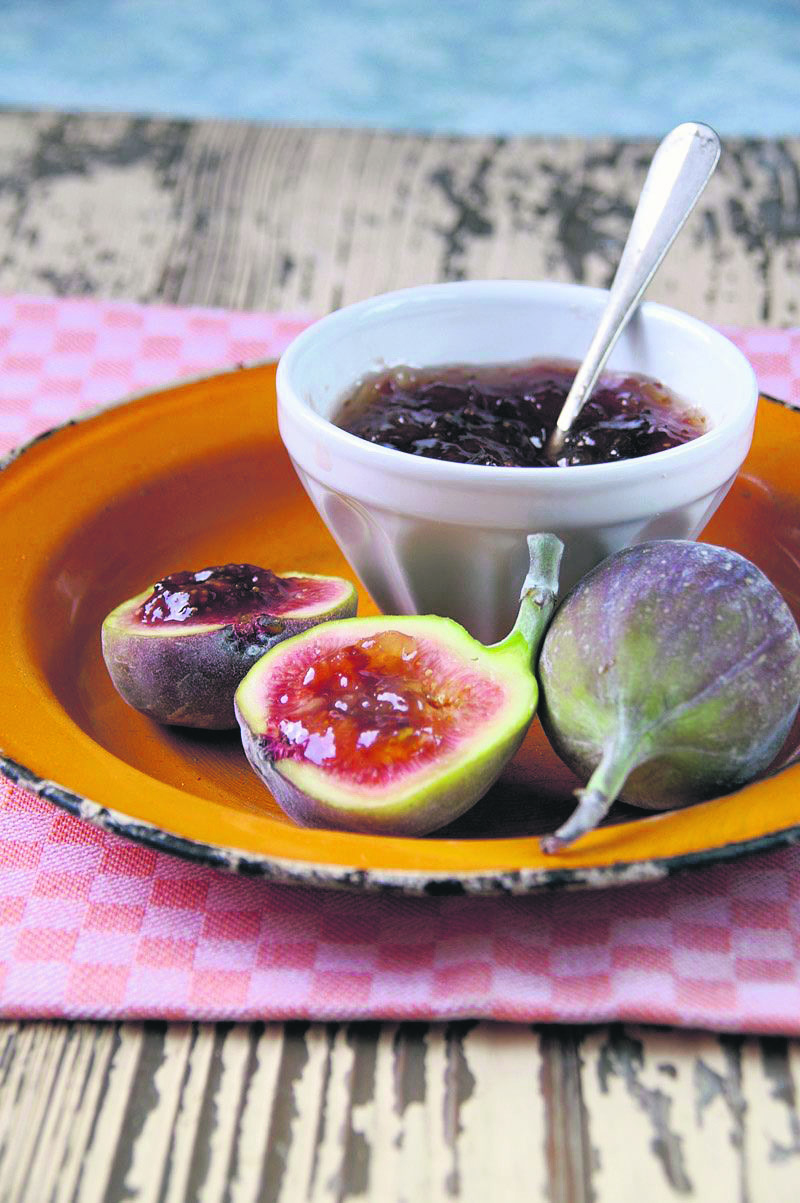 Aside from local food examples, summit officials have commissioned to order beautifully-crafted mohair throws unique to southeastern Siirt city to add to the gifts. For centuries, nomadic tribes of Central Asia, also known as Yuruks, have woven such throws using basic looms and mohair wool of Angora goats. Unlike most wool kinds, mohair is smooth and stays clean longer than other types. Siirt blankets are mainly woven from mohair. The wool is spun into a yarn, which is then woven on traditional looms. During the weaving process, the blanket is combed and tufted. The mohair is not dyed and the blankets therefore come only in black, white, beige and camel colors. It takes a whole day to weave a single-size blanket. Today, overcoats, scarves, saddlebags, bags and bedspreads are also made from blanket mohair. Other gifts for G20 guests may include traditional Turkish rugs, although this has not yet been confirmed.