Cinema hall for the disabled sets example in eliminating barriers 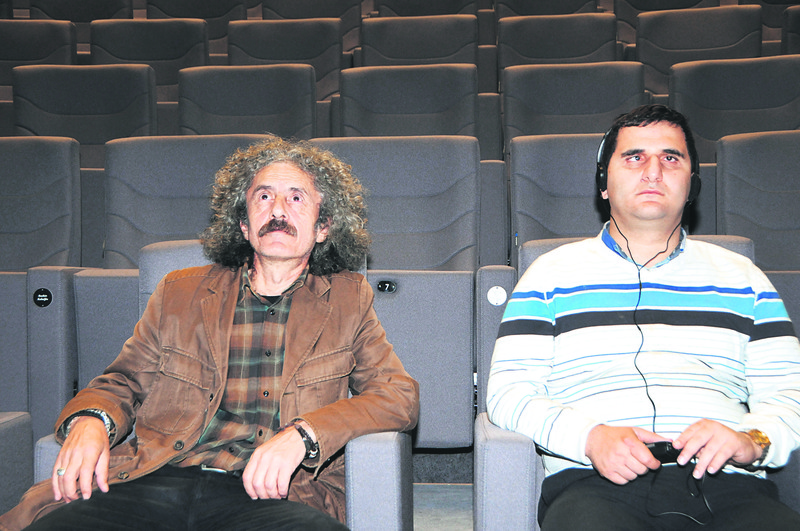 Known for valuable projects to integrate impaired people in social activities, Boğaziçi University has recently realized a project in its cinema hall that offers the opportunity to listen to a film through vocal narration on earphones while others watch the same film at the same time

GETEM Director Engin Yılmaz said the cinema hall is a first-of-its-kind in Turkey. And as the film is described by a third person via headphones, the visually impaired are able to follow the film. "We want this cinema hall to set an example in Turkey. All cinema halls in Turkey should be redesigned so visually impaired individuals can use them," he said. According to Yılmaz, the technology in Turkey allowed montaging the descriptions onto the film, but that disturbed people who are not visually impaired. "We introduced this headphone technology for the first time in Turkey. Thanks to this technology, the visually impaired will listen to the description via headphones and they will watch films side-by-side with other cinema lovers," he said. In order to offer this service, Yılmaz said the cinema hall has to feature the necessary technological infrastructure. Yılmaz said a total of 15 artists in Turkey verbally describe films. He said they have compiled the verbal descriptions of 350 films and a few TV series. "This is the first cinema hall in Turkey that was redesigned for disabled people. This cinema hall is symbolic. We showed people that accessible cinema halls can be built," Yılmaz said. Currently, GETEM is working on a project that will enable hearing-impaired people to also easily watch films. SineBU will screen "Abluka" (Frenzy) this week.
Last Update: Nov 24, 2015 2:06 am
RELATED TOPICS