NASA releases Pluto snapshots, billing them as best close-ups of the planet 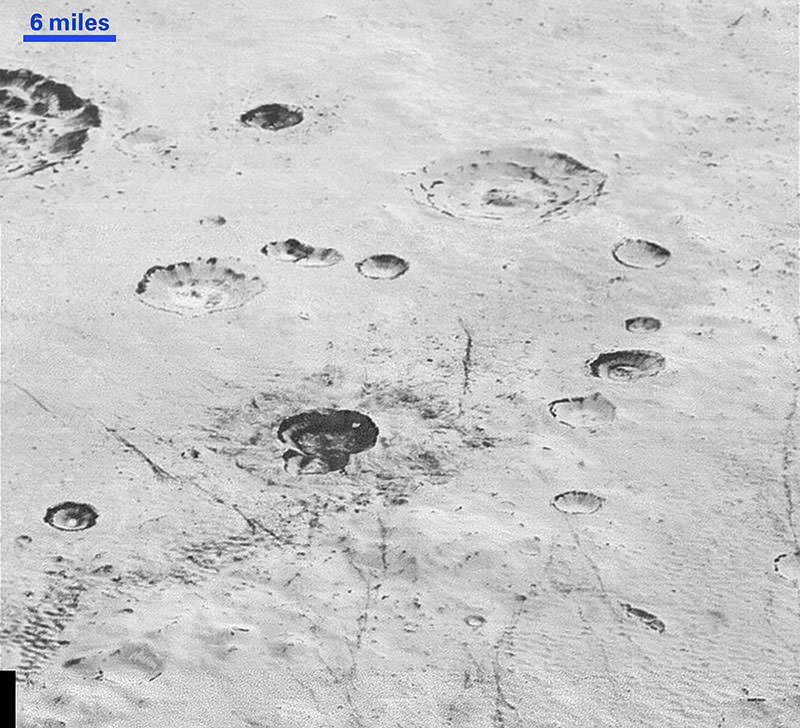 This handout picture obtained from NASA on December 5, 2015 shows an image taken from NASA's New Horizons spacecraft showing new details of Plutou2019s rugged, icy cratered plains (AFP photo)
by Dec 06, 2015 12:00 am
The US space agency has released a series of sharp Pluto snapshots, billing them as the best close-ups of the dwarf planet we may see for decades.

Previously released high-resolution images from that historic flyby have revealed unparalleled geographical variety on the planet, from soaring mountains, to sand dunes and frozen ice floes.

The latest pictures, made available Friday, are part of a sequence taken near New Horizons' closest approach to Pluto and show a mix of terrains that are cratered, mountainous and glacial in nature, NASA said in a statement.

"These new images give us a breathtaking, super-high resolution window into Pluto's geology," said New Horizons Principal Investigator Alan Stern in the statement.

"Nothing of this quality was available for Venus or Mars until decades after their first flybys; yet at Pluto we're there already -- down among the craters, mountains and ice fields – less than five months after flyby!" he added.

"The science we can do with these images is simply unbelievable."

New Horizons -- a nuclear powered spacecraft about the size of a baby grand piano -- began a download of new images and other data several months ago and will continue to send data back to Earth until late next year.

In October, data from the unmanned New Horizons probe revealed that Pluto has blue skies and patches of frozen water, as well as a rich variety of colors on its surface.

NASA said scientists expect more images from the set over the coming days, describing those received so far as "the best close-ups of Pluto that humans may see for decades."
Last Update: Dec 06, 2015 1:11 pm
RELATED TOPICS