Santa Claus gets a hipster makeover 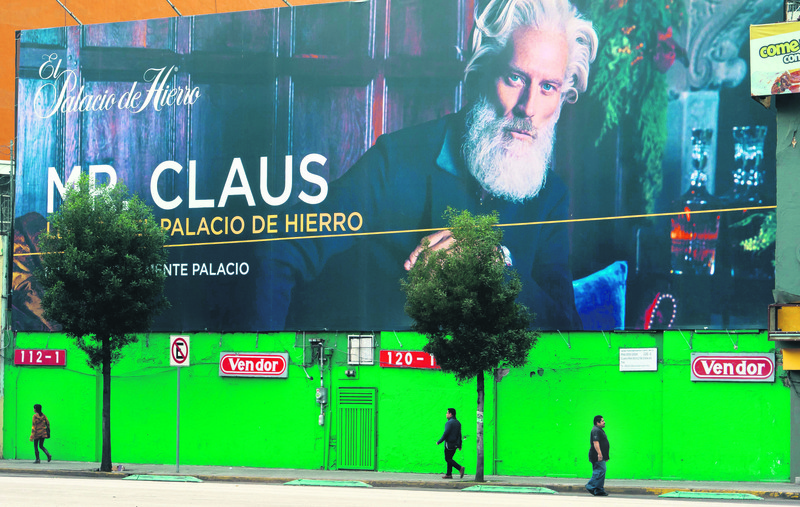 by Dec 14, 2015 12:00 am
Some women are appalled by his "hipster" look. One thing's for sure, though, a department store's fashionable "Mr. Claus" is heating Christmas up in Mexico.

The upmarket Palacio de Hierro has caused a social media storm since its slimmed-down version of Santa Claus appeared on giant billboards across the mega-city. Mr. Claus' long white beard is recognizable, but his high cheekbones and stylish burgundy coat are the mirror opposite of the jolly, plump Santa in the red suit. On Twitter and Facebook, the reactions have been more "ha-ha-ha" or "no, no, no" than "ho-ho-ho." "It's official, I have recovered my faith and Christmas spirit," tweeted @IamPinkMystery.

The campaign's creator is Nacho Borja, creative services coach at advertising firm TeranTBWA, who said the goal was to find a character that represented Palacio de Hierro's spirit and to "reinvent" the holiday message. "We aren't really saying that this character is Santa Claus. It's 'Mr. Claus.' It's something else," he told Agence France-Presse (AFP), adding that the feedback has been mostly positive. "That's the mystery. Mr. Claus is in reality like a sommelier of style who can guide you in your shopping," he said.

The campaign is similar to the "Fashion Santa" of Yorkdale, a shopping center located closer to the North Pole: In Canada. Borja said the similarity is an "unfortunate coincidence." In fact, Yorkdale uses the same model as Palacio, Paul Mason, a Canadian who has been modeling for 30 years.
RELATED TOPICS