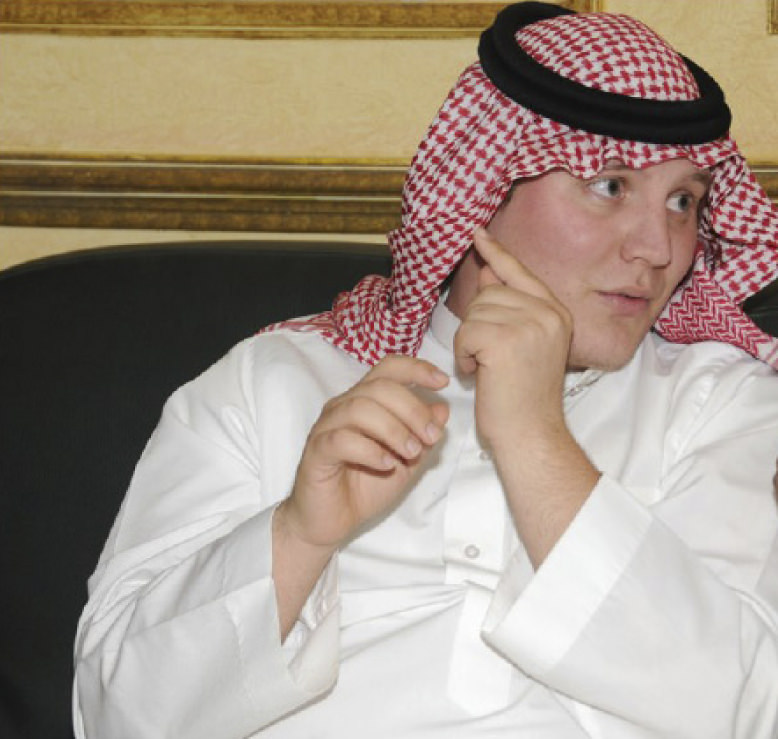 by Daily Sabah Jan 08, 2016 12:00 am
Joshua Cenk Van Alstine, an American Muslim with a Turkish mother, has unexpectedly become a YouTube sensation after his videos on life in the Gulf went viral. Also known as Abu Muteb, the 25-year-old's second video poking fun at Saudi's non-verbal communication in Arabic got over 1 million YouTube views in a week. He is not a Saudi or Arabic, but learned the language to better communicate with his Saudi friends at the University of North Texas.

The blond-haired, green-eyed American, who likes wearing traditional Gulf robes with a kufiyah on his head, spent years traveling with his parents. His most watched video received close to 2.5 million views, Doha News reported. Joshua's Arabic accent and comedic skills made him a popular name on social media platforms, mostly grabbing the interest of Saudis. He was invited to visit the kingdom back in 2012 and his fame brought him to work for the Saudi ministry. "I want to start getting deeper to encourage Muslims and Arabs in general to gain for more pride in who they are traditionally and culturally. I want to also stretch out into a Western audience to show that Muslims are not boring, we are not cowards, and we are freaking hilarious," he told Khaleejesque, a lifestyle and culture magazine covering the Gulf countries.
RELATED TOPICS