Coconut trees are no longer considered trees in Indian state 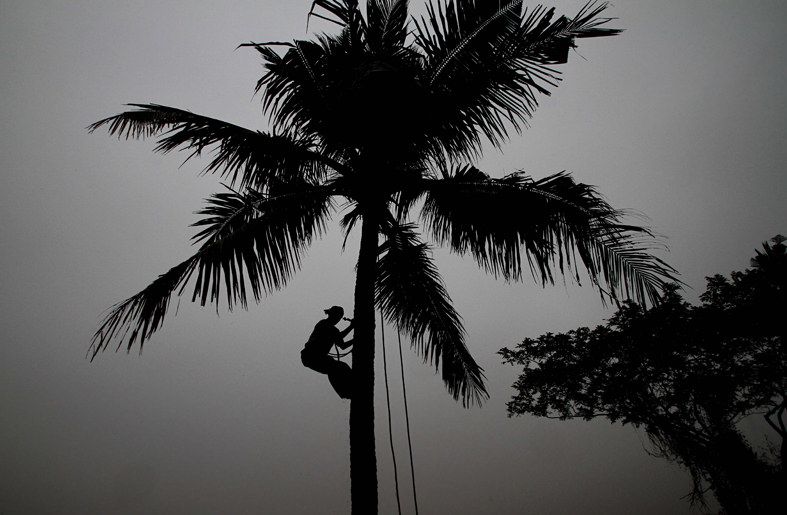 by Associated Press
Jan 21, 2016 12:00 am
Coconut trees are no longer considered trees in the tropical Indian state of Goa, where authorities have reclassified them in order to allow farmers to more easily cut them down. Officials said they dropped the cocus nucifer from Goa's official list of trees in order to help coconut farmers cull old or ailing stands without having to deal with red tape. But environmentalists and the state's opposition lawmakers are incensed, and accuse the state of catering to industry and developers.

"The move will not benefit farmers as much as it will help real estate and corporate interests chop coconut groves for development of plots and setting up industrial units," opposition legislator Vijai Sardesai said.

The state's forest minister, Rajendra Arlekar, defended the decision to amend a 1984 law forbidding the felling of certain trees without permission, saying coconut trees should never have been on the list. "We have only corrected the anomaly in the act," Arkelar told state assembly members last week.

Goa produced more than 1 million coconuts in 2013 from groves sprawling over 25,000 hectares (62,000 acres) in the western resort state, a holiday hotspot known for its sandy beaches lined with the iconic, swaying palms.

Even before the coconut tree became a background fixture for tourist photos it was considered an important part of local lore thanks to its many valuable uses that helped earn it the Sanskrit name of kalpvruksha, which means "a tree that fulfils all desires."

Pulp scraped from coconut shells is an essential ingredient in the region's traditional fish curries and meat stews. The sap from the trunk, known as toddy, is a popular drink, while fermented toddy is used as a yeast substitute in baking, and distilled toddy is a favored local brew. "If permission is not needed to cut coconut trees, then naturally there will be more concrete," environment activist Claude Alvares said. Environmentalists along with several local media outlets demanded that the state's coalition government, led by Prime Minister Narendra Modi's Hindu nationalist party, reverse the decision.

In an editorial Tuesday, Goa's Herald newspaper accused Modi's party of being "lost in the woods" and said those who will benefit most from the reclassification "are those who want to build huge housing estates and hotels and establish breweries and beer factories." The state's highest elected official, Chief Minister Laxmikant Parsekar, said he was not worried about coconut groves disappearing from the state.

"We Goans love coconut trees. We will never cut them," he told the Associated Press. "Those who are opposing the amendment ... are resorting to emotional blackmail."